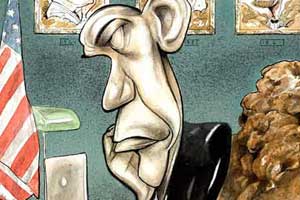 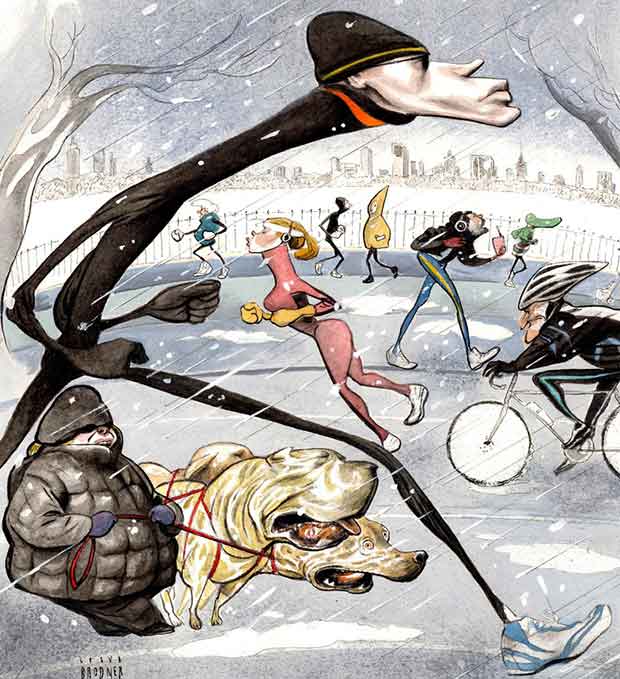 Reservoir Dogs for The New Yorker

Going down to the reservoir in Central Park at 6 a.m. to get some shots. All the people here were there. A fun piece; no politics, no angst, just a scene. Like a fashion shoot. 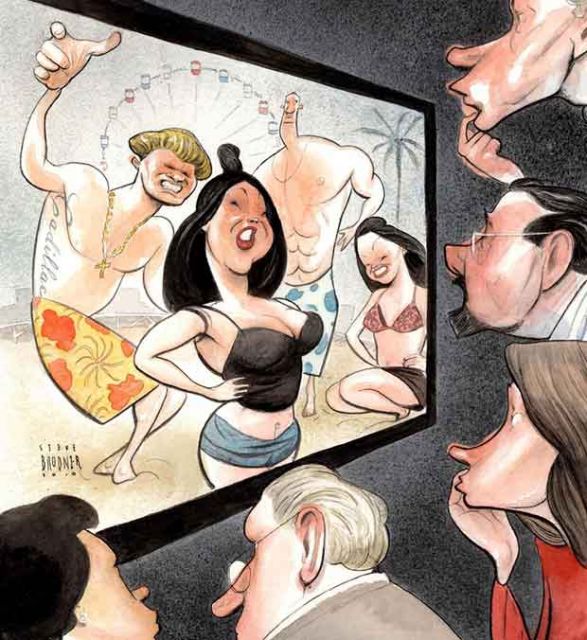 In this week’s is the Nancy Franklin review of Jersey Shore. Never saw this before. Still scratching my head. Like these guys. 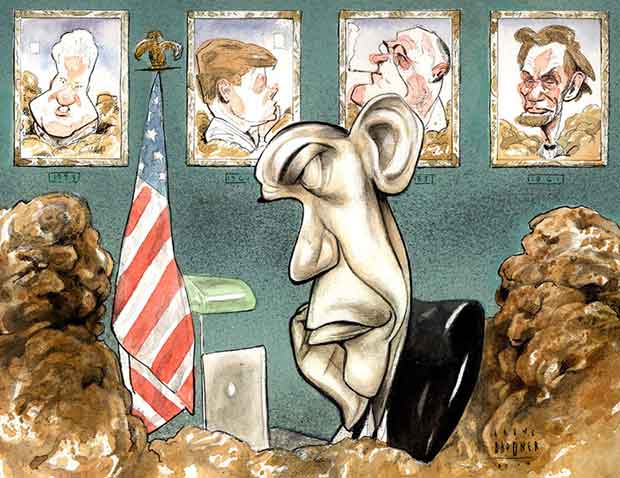 For The Atlantic, Obama and the first-year blues, and his antecedents.

PS: They altered the color of the soil. It was too, er, rich for them. 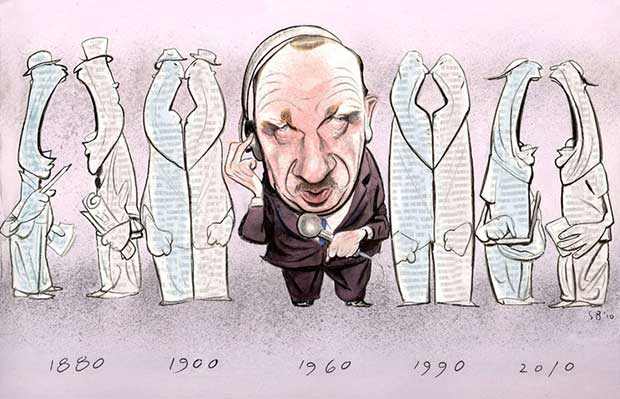 For that same issue, Walter Cronkite as the symbol of responsible, mainstream journalism. And how it collapses into Red and Blue on either side. 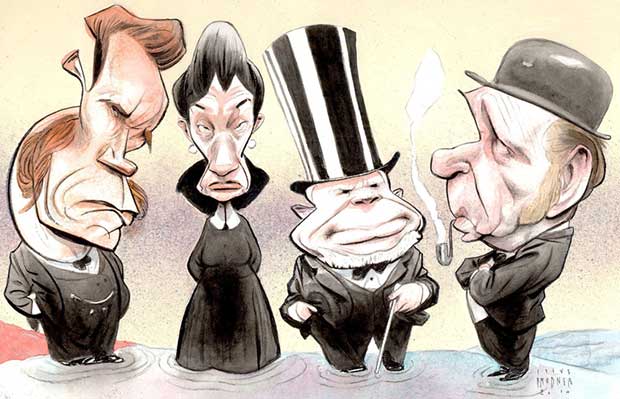 Mugwumps were 19th-century pols who could move across party lines for the perceived good of the country. The piece, again for The Atlantic, imagines who modern mugwumps would be. Arnold S, Olympia Snowe, McCain, and Specter. I think McCain does that sometimes but then is forgetful. 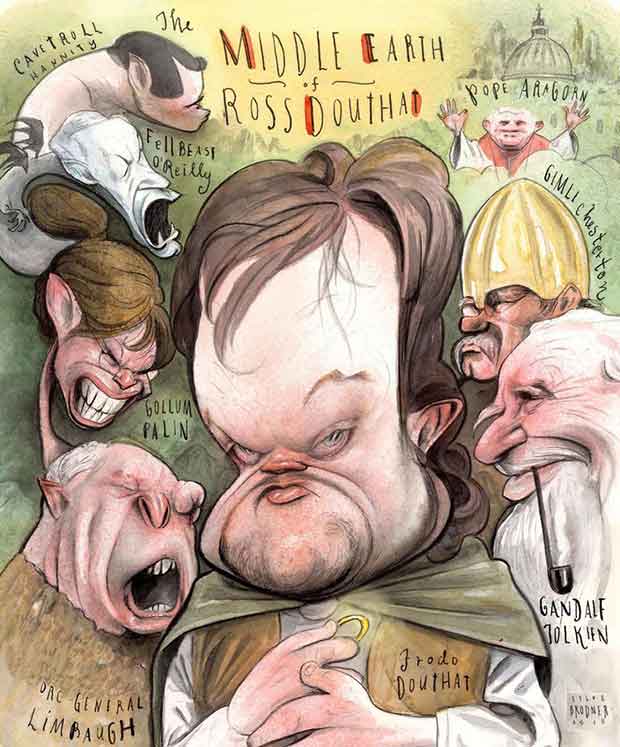 Ross Douthat, the new conservative voice on the Times op-ed page, profiled here in Mother Jones. He wrote a scathing piece on Avatar last week. Funny to see a condemnation of the expression of cultural notions through sci-fi by a Lord of the Rings nut. Also loves the Church and Chesterton. Interesting character. 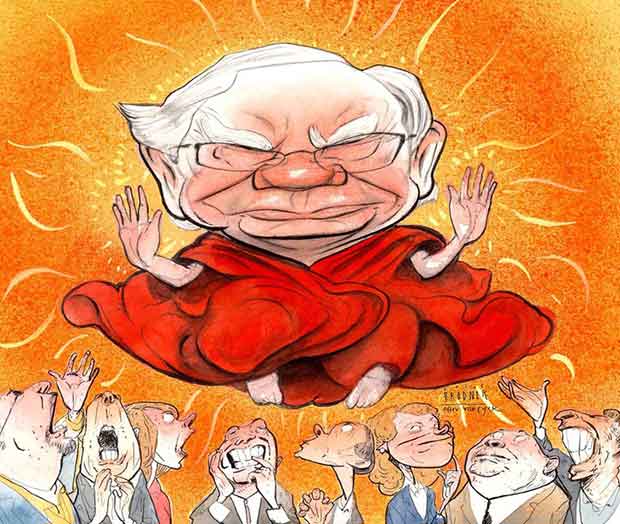 Warren Buffett for a Harper’s cover. He is the Messiah. Or at least one of them. 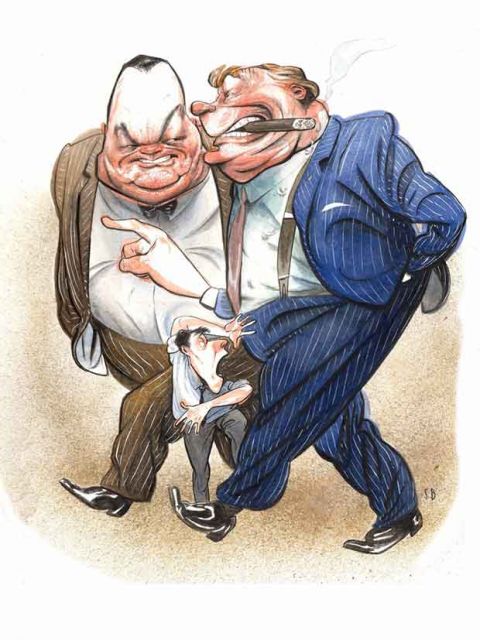 Lastly, my two ugly white guys for Infor. They have been invading and crushing people in airports everywhere. I modeled them on two of my favorite actors, Eugene Pallette and Oscar Homolka. Although they were funnier in the movies than here. Anyway, a very fun series.