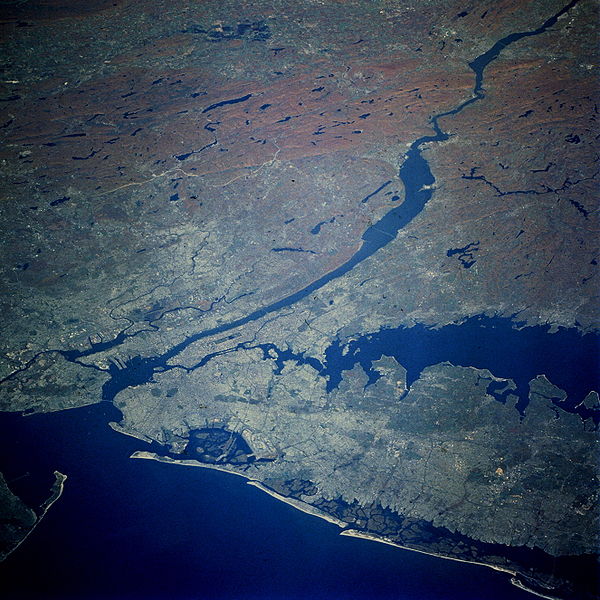 Underground burial of globe-warming CO2 is of more interest than ever following Copenhagen’s do-nothing outcome. And buried volcanic rocks along the heavily populated coasts of New York, New Jersey, New England, and points further south may prove the best reservoirs found so far in the US.

Sequestration is one of those scary gambles we may be led to by default in the absence of real leadership reducing greenhouse gas emissions. The problem of course is that any burp into the atmosphere of buried CO2  would prove enormously instantly lethal to people in the area. As happened naturally in Africa.

To be practicable, sequestration needs to happen near dense population centers and industrial emissions sites. Kind of a reverse NIMBY. More like, Only In My Back Yard.

Which means the eastern seaboard, for starters.

Prior east coast sequestration research focused on inland sites: shale under New York and sandstone under New Jersey. But a new study in Proceedings of the National Academy of Sciences suggests basalt has significant advantages, and offshore basalt has even more advantages. Notably large areas off New York, New Jersey, Massachusetts, Georgia, and South Carolina. Plus a small area under Sandy Hook Basin, opposite New York Harbor.

This is because CO2 injected into basalt undergoes natural chemical reactions that eventually transform it into a solid mineral like limestone. Plus basalts at sea are covered not only by water but by hundreds or even thousands of feet of sediment. CO2 pressurized into liquid would have to be placed at least 2,500 feet deep for natural pressure to keep it from reverting to a gas and potentially leaking back to the surface. And the sediments on top would form impermeable caps. In theory.

So if the process works on a large scale, the danger of leaks could be reduced. The scientists from Columbia University’s Lamont-Doherty Earth Observatory estimate the small Sandy Hook basin alone may be capable of containing close to a billion tons of CO2… the equivalent of 40-years worth of emissions from four 1-billion-watt coal-fired plants. The largest mass extends from inland to offshore of Georgia and South Carolina.

Sure hope these basalts prove graveyards only for CO2.