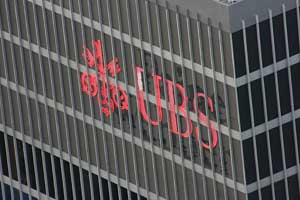 At this week’s congressional hearings on the AIG bailout, Swiss bank UBS received some undeserved praise.

UBS was one of eight large investment banks that benefited from the now-infamous backdoor bailout of AIG—resulting in government cash infusions totaling $182.5 billion—in the dark days of September 2008. At the hearing, the Special Inspector General for the Troubled Asset Relief Program, Neil Barofsky, revealed to the House Oversight and Government Reform Committee that UBS was the only bank willing to settle its soured credit default swaps (CDS) contracts for less than their face value. Why did UBS play ball when all the other banks didn’t? As the Washington Independent reported, “Barofsky speculated that the firm probably simply recognized that the American taxpayers ‘had taken the global economy on its back.'”

The financial crisis has proved time and again, big banks don’t account for taxpayers—except when they need their help. And that’s the more likely explanation for UBS’ good behavior during the AIG rescue. Like the rest of the global financial industry, UBS was hurting from the subprime mortgage meltdown. (The bank’s colossally bad bet on the US housing market—it had already written down $38 billion in bad loans as of April 2008—earned UBS the nickname Used to Be Smart.) But unlike its intransigent peers on Wall Street, the Swiss banking giant also faced the mounting threat of a US federal investigation. It was in no position to play hardball.

At the time of the backdoor bailout, UBS was under scrutiny from both the Internal Revenue Service and the Securities and Exchange Commission as a result of information disclosed to them by a whistleblower—one of their former bankers, Bradley Birkenfeld. As the Senate Subcommittee on Investigations reported in July 2008, UBS had hidden from American authorities “an estimated 19,000 accounts in Switzerland for US clients with assets valued at $18 billion.” Half a year later, UBS would agree to pay a record-breaking $780 million penalty to the US government and turn over 4,500 client names to avoid an indictment that FINMA, the Swiss regulatory agency, said “would have threatened its existence.”

Despite what some brazen Wall Street CEOs now claim, the credit crunch was an existential threat to every over-leveraged big bank. What’s most shocking about the AIG bailout—besides the dizzying amount of taxpayers’ money involved—is that these endangered banks were able to extract such a sweet deal from the government. The banks were paid the full value of all the CDS contracts they had made with AIG—including those mortgage-backed securities they had bought when it was clear the subprime market was collapsing. After the housing market took a nosedive, these contracts were, of course, worth a fraction of their original value on the open market: Similar CDSs issued by other insurers that were settled during the crisis paid out at 13 cents on the dollar.  Talking about the AIG deal with New York magazine, a former state insurance commissioner described it as being able “to collect on an insurance policy without having the loss.”

Why didn’t the government push for a tougher deal? At the Oversight Committee hearing, Barofsky revealed that as the New York Fed negotiated with AIG’s trading partners about how much they would receive for their CDSs, it only dealt with mid-level managers at the banks, not top executives. Barofsky asked, “Would it have made a difference if [then-Treasury Secretary Hank Paulson and then-New York Fed chief Tim Geithner] talked to the CEOs? We’ll never know because the effort was simply not taken.”

Now, even the settlement the Department of Justice extracted from UBS looks to be in jeopardy. To avoid prosecution, UBS immediately paid its fine and disclosed 250 of the promised 4,500 names of holders of the hidden accounts. But the Swiss high court ruled that disclosure a violation of the country’s banking secrecy laws. This could prevent the handover of the other secret accounts—and could hinder the US government’s efforts to collect the fines owed by their owners. And as it turns out, UBS’ offer to accept a lower payout on its bad derivatives bets never came to anything in the end. Treasury Secretary Tim Geithner told the House panel that, even in its weakened state, UBS only offered to bargain “if everybody else would agree to equal concessions on their prices.” The other banks that had traded with AIG declined to do so, and so UBS received full payment on its CDS contracts, just like the others.

The only good bank is one that doesn’t need to be bailed out.