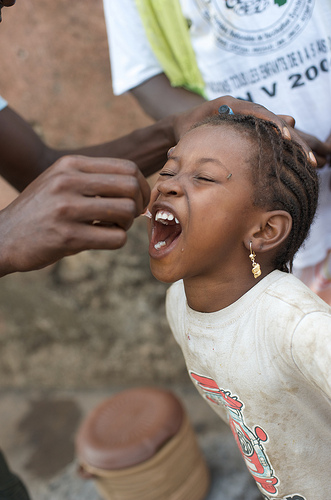 Earlier this week, we and  dozens of other news organizations around the world reported that the esteemed British medical journal Lancet had retracted in its entirety the foundational article of the anti-vax movement, which purported to show a link between the measles, mumps and rubella vaccine and autism. Not only has Dr. Andrew Wakefield, the British physician who wrote the paper and spearheaded the movement been roundly condemned for his theory and the barbaric research that produced it, no other scientist in a decade of well-funded research has been able to reproduce his results. Not one. Ever. Not even close.

Yet, thanks to his fear-mongering, hundreds of thousands of children in developed countries once thought free of diseases like measles and mumps have been sickened after their parents (or their playmates parents, or their neighbors’ parents) refused the vaccine. This week alone, there were 99 cases of the mumps reported in New York. That’s nearly a quarter of all the mumps cases reported in the entire country in 2008. And because both diseases are highly contagious (in the case of mumps, even vaccinated children are at risk if disease prevalence is high enough) and both flourish in the spring, those numbers are only going to skyrocket.

After all of this, who comes to Dr. Wakefield’s side? Who defends his research to the American public? Celebrity parents Jenny McCarthy and Jim Carrey of course, who, bless their hearts, have the combined medical expertise of naught. Who, despite its eminent availability at their beloved University of Google, have never apparently heard of the hundreds of thousands of children under five who die of the measles every year or the innumerable studies showing no evidence of a link between vaccination and autism.

Yet, the family has issued this lovely statement calling the British General Medical Council a “kangaroo court” and claiming that all the other scientists who ever failed to reproduce Wakefield’s results were shills for Big Pharma. McCarthy and Carrey go on to describe a study (also performed by Wakefield–whom the court accused of callous disregard for his subjects’ pain) on monkeys put through a variation of the American vaccination schedule for children, which also purports to show harm. It’s tempting to think, as McCarthy and Carrey claim, that expanding the list of vaccines children receive could be linked to the exponential growth of autism diagnoses in recent years–but there’s no evidence. Saying Big Pharma covered it all up rings hollow too, since corporate and government-funded science has managed to show fairly conclusively that climate change is man-made and smoking will kill you. These discoveries were hardly profitable for corporate or even federal concerns, and yet they were reproduced hundreds of times over. Big Pharma may be powerful, but it’s not nearly as powerful as coal or oil, and they’ve failed to silence good science so far. Hopefully one day soon, the good science that’s been refuting this “debate” all along will be heard.