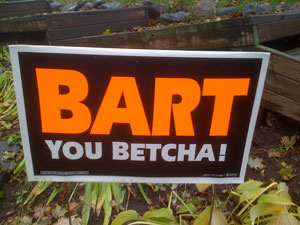 The Michigan Democrat has fought a long and public battle to include his preferred anti-abortion provisions in the final health care reform package. Now, as a final House vote looms on Sunday, Stupak may have lost.

Late Friday night, multiple outlets reported that Stupak had struck a deal with House Speaker Nancy Pelosi to allow a vote that would add his language to the health care bill after it passed the House but before it was signed by the president. That maneuver is called the “enrollment corrections” procedure.

Many experts thought the unorthodox strategy was unworkable, because enrollment corrections are not generally used to make substantive changes to law. Using the procedure would probably lead to Stupak’s adjustments being stripped from the bill in the Senate. And even if the procedure was theoretically workable, it might have actually cost Pelosi votes, because the House pro-choice caucus threatened to bolt over the rumored deal.

So now an enrollment vote seems to be out of play. House Speaker Nancy Pelosi told reporters shortly after noon on Saturday that there would be “no separate votes” on the health care bill—neither on Stupak, nor, it seems, on Rep. Alan Grayson’s amendment reviving the public option. That suggests that Pelosi either 1) has the votes to pass the bill as-is, or 2) is hoping against hope that some of Stupak’s bloc—and some Democrats who voted against the House health care bill in November—will flip.

Either way, an alternative deal with Stupak himself is still possible—if Stupak is willing to accept something less than his ideal outcome. Although two Republicans told National Review‘s Robert Costa that Stupak told them he’s “finished with Pelosi,” Stupak’s spokeswoman told Politico Saturday morning that “discussions are continuing.” Even the White House seems willing to cut a deal: The New Republic‘s Jonathan Cohn has reported that an executive order clarifying that federal money wouldn’t be used to fund abortion is “on the table.”

None of this necessarily means that Pelosi didn’t want to make a deal with Stupak—it could be that she simply couldn’t. The enrollment corrections procedure was deeply problematic at best, and perhaps entirely unworkable. It was going to be difficult to convince the pro-choice caucus to vote for the bill if changes were made this late in the game.

If Pelosi can’t bring Stupak on board, the final vote is likely to be very tight. The fate of reform now largely depends on the ability of a few influential politicians—like pro-life Stupak friend Dale Kildee (D-Mich.) and Stupak mentor John Dingell (D-Mich.)—to peel off a few more members of Stupak’s bloc. Kildee, as I reported yesterday, is working to convince his pro-life colleagues to switch their votes. And Dingell has vowed to “defeat” his protege. On Sunday, we’ll find out who won.