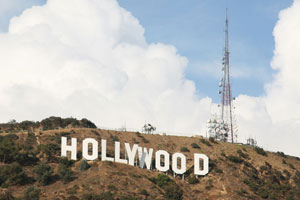 Last month, I told you the strange story of box office futures, new financial products that Wall Street wants to make available to schmoes like you and me:

For years, Cantor Fitzgerald, a Wall Street investment firm, has been operating the “Hollywood Stock Exchange,” a fake-money game in which players trade “stocks” to bet on how films will do at the box office. Now Cantor could soon get government permission to make a real-money version of the game—a market in which players can gamble on the success or failure of, say, Pirates of the Caribbean 4. Critics are worried that this new market could be vulnerable to insider trading and create bizarre incentives for moviemakers—and that it will also enlarge the risky family of financial products that helped trigger the economic crisis.

“This is such a bad idea on so many levels,” says Lynn Stout, a law professor at UCLA and an expert in derivatives, the category of financial instruments that includes Cantor’s proposed box office futures. “What they want to do is basically open up a casino for people who want to make money for predicting the next blockbuster.”

Now, with regulatory approval for Cantor’s box office futures exchange scheduled for as early as next month, the movie industry has finally weighed in on the idea. Late last week, the Motion Picture Association of America’s interim chief executive, Bob Pisano, sent a letter to the Commodity Futures Trading Commission, the regulator responsible for approving the box office futures plan. As it turns out, the studios are worried about a lot of the same things that other critics of box office futures talk about—insider trading, for example. The Los Angeles Times explains the implications of all this:

Regardless of how the trading commission views these questions, opposition by the MPAA could be a major blow to the planned exchanges, as both were hoping to attract Hollywood insiders. Since the MPAA represents Paramount Pictures, Sony Pictures, Twentieth Century Fox, Universal Pictures, Walt Disney Studios and Warner Bros., Pisano’s letter is a sign that none of them want to get involved and would discourage their partners from doing so.

“The only thing it seems to be doing is setting up a way for people to gamble on domestic box office receipts,” MPAA Executive Vice President Greg Frazier said in an interview. “That is not good for our members who first and foremost have an image and integrity to protect.”