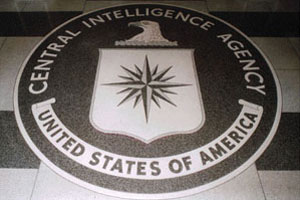 A former Democratic senator who chaired the Senate Select Committee on Intelligence at the start of the US government’s campaign against Al Qaeda tells Mother Jones he cannot fathom why his Republican replacement squashed his request for an independent review of the interrogation techniques then being used by the CIA. That onetime senator, Bob Graham of Florida, says he believes Sen. Pat Roberts (R-Kan.) neglected his obligations as head of the intel panel by smothering Graham’s proposal for a committee assessment of so-called enhanced interrogation practices.

On February 4, 2003, according to a CIA memo released last week, senior CIA officials—including Stanley Moskowitz, the agency’s head of congressional liaison; Scott Muller, the agency’s top lawyer; and James Pavitt, the deputy director for operations—presented a classified briefing in a Capitol Hill office to Roberts and an aide to Sen. Jay Rockefeller, the senior Democrat on the committee. Over the course of nearly two hours, the briefers covered the CIA’s brutal interrogation (or torture)—including waterboarding—of two detained terrorist suspects, Abu Zubaydah and Abd al-Rahim al-Nashiri, and told Roberts of the agency’s plan to destroy videotapes of the Zubaydah sessions. The memo noted that Roberts “posed no objection to what he had heard” and “supported the interrogation effort.”

During the meeting, a Roberts aide asked Moskowitz if he had “taken up the line” a request Graham had made in late November 2002 for an independent committee inquiry into the CIA’s interrogation program. (At that time, Graham had been chairing the intelligence committee, but he left the committee in January 2003, as Republicans took over the Senate.)

Moskowitz told Roberts and the others that the CIA would not allow any additional committee staffers to be briefed on the interrogation program. Nor would the spy service permit any committee staffer to review the interrogations in real time or visit the secret site where these sessions were occurring. Roberts didn’t protest. In fact, at that point, according to the CIA memo, Roberts “interjected that he saw no reason for the committee to pursue [Graham’s] request and could think of ‘ten reasons right off why it is a terrible idea’ for the committee to do any such thing as had been proposed.” No committee investigation ensued.

Graham says that he’s “disappointed but not surprised” by Roberts’ decision to deep-six the request Graham had left behind. He notes that in late 2002, there was “a lot of smoke and rumor as to what was going on” with the CIA interrogations, and that “led me to request an independent review.” Graham adds that he has consulted the daily diaries he famously kept as a senator and found no indication he was ever briefed on the CIA’s excessive interrogations. (On December 26, 2002, The Washington Post published a front-page article reporting that Al Qaeda operatives and Taliban commanders held in a secret CIA prison were being subjected to severe interrogation methods, including “stress and duress” techniques.) “I don’t know what [Roberts’] ten reasons are,” Graham says. “But I can’t conjure up why it wouldn’t be appropriate to conduct oversight of what would have been a dramatic departure from US policy regarding torture.”

After this CIA memo was released last week, Roberts said in a statement that the memo did not “represent the entirety of my oversight of interrogations.” And at some point later, the CIA did permit more committee staff members to learn about its interrogation practices. But under Roberts, who is no longer on the committee, the intelligence committee apparently never pursued a full-fledged review of the CIA interrogation program.