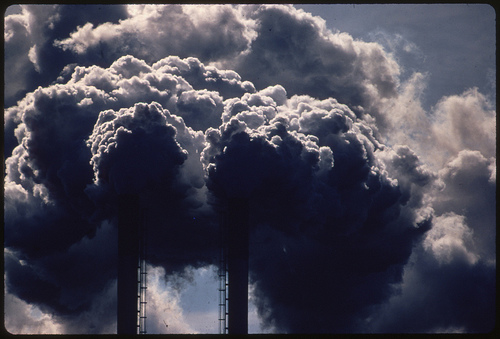 One of the Environmental Protection Agency’s early projects was Documerica, an effort “to photograph America’s environmental problems, to document America’s natural and man-made beauty and to photograph the human condition” from 1971 to 1977. Now they’re releasing the 15,000 photos from the vault at the National Archives and posting them on Flickr.

Alexis Madrigal has more over on Wired about a project that was meant to document the country’s pollution problems and “help justify the existence of the EPA” in the first years of the agency. Here’s what archivist C. Jerry Simmons had to say about the project:

Documerica’s official mission effectively focused on popular but valid environmental concerns of the early 1970s: water, air and noise pollution; unchecked urbanization; poverty; environmental impact on public health; and youth culture of the day. But in reaction to the varied pollution, health and social crises, Documerica succeeded also in affirming America’s commitment to solving these problems by capturing positive images of human life and Americans’ reactions, responses and resourcefulness.

Their release got me thinking about how useful a similar project might be today. This year is a significant anniversary for the environmental movement, marking the 40th anniversary of both Earth Day and the creation of the Environmental Protection Agency. But the EPA is getting pummeled these days for its efforts to address the biggest environmental challenge of our generation, climate change. And many Americans remain utterly confused or outright indifferent to the problems.

I often wonder if part of the problem is that a changing climate is hard to see; changes are subtle, and the worst impacts are either not yet here or happening very far from most Americans. But some of the big challenges haven’t changed all that much since the ’70s. One of the most moving photos for me is the one below of endless coal trains lined up in Danville, W. Va., carting coal off to some distant electric power plant. That reality remains the same 40 years later, with coal still the biggest source of planet-warming emissions, yet most of us will go our whole lives without seeing them. At the same time, Documerica was also notable in its efforts to show not just the problems and their human impacts, but the natural beauty that we risk losing by not protecting our environment. So I wonder, maybe it’s time for a new Documerica? 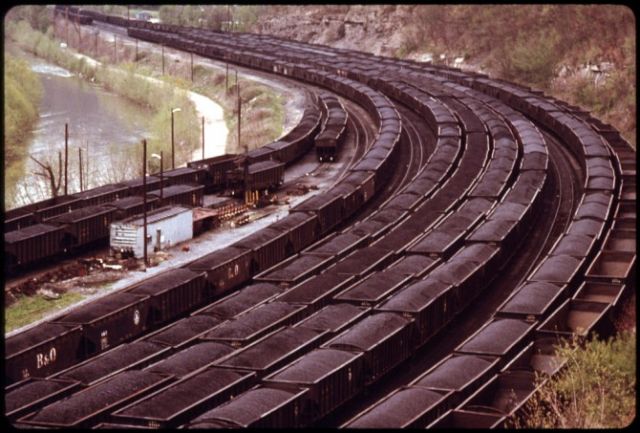