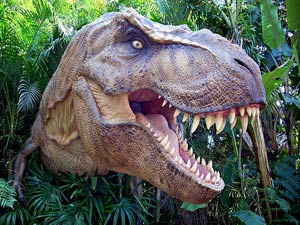 Last night’s Texas Republican gubernatorial primary might get most of the attention (don’t ever give up, Debra Medina!), but it was another primary result in the Lone Star State that may, in the long run, have a far greater impact: The end of Don McLeroy‘s tenure on the State Board of Education. McLeroy, you might recall, is the dentist who, as leader of the Board’s conservative bloc, tried to rewrite public school textbooks to de-emphasize the civil rights movement and encourage the teaching of intelligent design, as well as global warming denialism. (He was the subject of that huge New York Times Magazine piece a few weeks back).

McLeroy didn’t lose by much—and the other social conservative who faced a strong primary challenge, Ken Mercer, ended up winning big (the “weak on terror” whisper campaign paid off, apparently). Still, the result is significant. In the most likely scenario going forward, archconservatives go from seven seats on the board to just six. Beyond that, as the Texas Tribune points out, their traditional swing vote, a Democrat, is not running for re-election and will likely be replaced by someone with much more moderate views.

So, why should we care? Simple. Texas, as the nation’s largest purchaser of textbooks, essentially sets the standards for the textbook market; other states are often stuck with whatever standards the Texas State Board of Education asks for. In that sense, McLeroy’s loss was a local election with potentially significant ramifications for public schools nationwide. While far from ideal, Tuesday’s result, is, if nothing else, at least a step in the right direction.