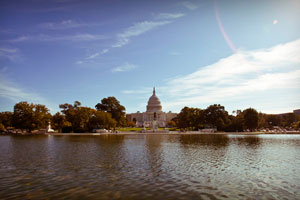 As the battle for health care reform enters the endgame, abortion foes in and out of Congress are trying mightily to block the bill. And one small mistake—essentially, a typo in the drafting of the bill—has given them a major piece of ammo. An accidental one-sentence omission in the Senate’s version of the legislation has provided anti-abortion crusaders an opening to claim that the bill could lead to “hundreds of thousands of abortions per year that taxpayers would be forced to pay for,” as the US Conference of Catholic Bishops puts it.

This has become a conservative talking point. For decades, the federal government has been prevented from generally funding abortions, and anti-abortion advocates are making the dramatic assertion that passing the health care reform bill will change that. The National Right to Life Committee maintains that the Senate bill “will allow direct federal funding of abortion, without restriction.” Tony Perkins’ Family Research Council has warned of the same. Illinois Rep. Daniel Lipinski, a pro-life Democrat, says the measure “allows taxpayer money to pay directly” for abortions.

The pro-lifers are wrong. The Senate bill won’t lead to government directly funding abortions.  But the Democrats screwed up. They could have easily prevented this particular line of attack. All it would have taken is a single line of text.

Here’s what happened: In December, Senate Majority Leader Harry Reid (D-Nev.) was struggling to convince all 60 members of the Democratic caucus to vote to break a possible filibuster of the bill. First, the public option was stripped out to appease centrists like Sen. Joe Lieberman (I-Conn.). A few days later, a substitute provision that would have allowed people above the age of 55 to “buy in” to Medicare was also killed. That’s when liberals started to revolt.

In a rush to appease them, moderate Democrats agreed to back the liberals on another front: community health care. Liberals wanted to expand the reach of community health centers, which have provided low-cost health care to people in underserved areas since the 1960s. And they wanted the health care bill to commit $7 billion for these health centers. The moderates agreed, and new language was hurriedly added to the Senate bill.

“This is all stuff that was inserted late at night and they were trying to reach a final agreement” on the bill, says Timothy Jost, a professor and health law expert at the Washington and Lee University School of Law. Unfortunately, no one remembered to write in an explicit provision explaining that this $7 billion in spending for the health care centers would be subject to all the usual restrictions on how federal money is spent. One of those restrictions, the so-called Hyde Amendment, prohibits most federal funding for abortions. (Abortion has been a key point of contention in the health care reform debate on another front: whether consumers who purchase private insurance plans with the help of government subsidies can obtain plans that cover abortion.)

Other, similar parts of the Senate bill do include the explicit restriction. A provision providing funding for the Indian Health Service, for instance, notes: “Any limitation pursuant to other Federal laws on the use of Federal funds appropriated to the Service shall apply with respect to the performance or coverage of abortions.” A section appropriating money for school-based health centers says the funds “may not be used to provide abortions.” That’s the sort of sentence that should have been added to the community health center section—but it wasn’t.

“It seems that this is something that slipped by,” Jost says, “because elsewhere in the bill they made [funding] subject to [the Hyde amendment].”

And that’s how a silly slip-up allowed the anti-abortion forces to issue the dubious claim  that this bill will unleash a flood of federally-funded abortions. But though the Democrats’ omission makes it easier for anti-abortion rights groups to claim the community health care ceneters funding could pay for abortions, it doesn’t make it true.

Community health centers don’t perform abortions. They never have—not even in the 1960s and 1970s before the Hyde Amendment was introduced. And they don’t plan to in the future. In a statement issued last week, the clinics’ umbrella organization, the National Association of Community Health Centers (NACHC), said that “health centers do not plan to, nor are they seeking to, become providers of abortion.” And Secretary of Health and Human Services Kathleen Sebelius has pledged that none of the money from the health care bill will be used to fund abortions at community health centers.

Still, the pro-life groups say the funding for the community health centers funding will be exempt from the Hyde Amendment because it’s not being spent through the normal appropriations process.  It’s true that these funds will reach the centers through a different legislative route, but it doesn’t matter. As Jost has explained in a detailed analysis (PDF), all of the community health clinic money is going to end up in the same “pot” at the Department of Health and Human Services. And, he writes, since all HHS funding “is subject to the Hyde Amendment, these funds cannot be used to pay for abortions.”

Michael Briggs, a spokesman for Sen. Bernie Sanders (I-Vt.), who originally pushed for the health center funding, said that anti-abortion groups were “misinterpreting” the provision. “We trust the association’s analysis, the four-decade track record of the health centers and the statement by the secretary of the Department of Health and Human Services,” he said. Unfortunately, powerful anti-abortion groups and pro-life lawmakers apparently don’t—and they’re using this flub to hold health care reform hostage. Given all the trouble the White House and Capitol Hill Democrats have had with the health care reform bill, the last thing they needed was another tussle over abortion. But one missing sentence in a 2700-page bill has made overhauling the health care system even harder.