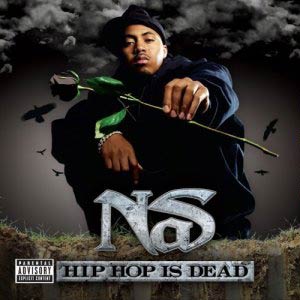 Last year, Mother Jones brought you the story of Heribert Illig, the German historian who believes the Dark Ages never actually happened. As far as historical revisionism goes, striking a few hundred years off our calendars is a pretty ambitious goal. But this week, members of the Texas Board of Education did their best to top that by striking hip-hop from state curriculum standards and burying mention of the Enlightenment. Rejecting a World History standard that had been drafted by professional educators, the board’s conservatives suggested that, instead of studying “the impact of Enlightenment ideas,” from certain authors, students should analyze “the impact of the writings” of those authors—and that one of those authors, Thomas Jefferson, should be replaced by forward-thinking intellectuals such as John Calvin. Because nothing says “enlightened thinking” like 17th century New England Congregrationalists.

Even Texas conservatives are uncomfortable with the board’s far-right positions—last week, the same electorate that nominated Rick Perry for governor three times voted out its longtime conservative leader, dentist Don McLeroy. But the electoral shakeup won’t take into effect until next year, meaning that this week’s overhaul of the social studies curriculum was something of a last hurrah—and conservatives took full advantage.

The standards, approved today on a 10-5 vote, brought more than a little bit of controversy. At one point, as the Times notes, the debate got so heated that longtime board member Mary Helen Berlanga, a Democrat, stormed out of the meeting, telling reporters “[Conservatives] can just pretend this is a white America and Hispanics don’t exist.”

In fairness, it’s not that the board is singling out Hispanics—they don’t seem to hold blacks in very high esteem, either. How else to explain their effort to deemphasize the Civil Rights movement, and the plan to teach the speeches of Abraham Lincoln alongside those of Jefferson Davis. (Here‘s Davis, in peak form, arguing that while he didn’t want to leave the Union, he had no choice once the feds tried to tell him who could and could not be considered human; it’s basically the Second Inaugural.)

But perhaps the highlight of the proceedings came late yesterday, after most of the board’s liberals had walked out in protest. McLeroy, who in January unsuccessfully tried to strike all references to hip-hop in the curriculum, took advantage of his opponents’ absence to push the change through. Hip-Hop, which McLeroy considers “nihilistic,” will be replaced by country & western. Nihilists, man!

So there you have it, the nation’s most influential social studies curriculum was apparently written by Walter Sobchak from the Big Lebowksi.