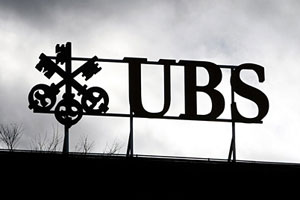 When President Barack Obama’s jobs bill passed the House in early March, it contained a little-noticed provision to recover part of its $35 billion price tag by cracking down on offshore tax evasion, which costs the US some $100 billion a year in lost revenue. The provision, which requires foreign financial institutions to report more data to the Internal Revenue Service, was likely prompted by a 2008 Senate investigation that revealed the systematic efforts made by Swiss bank UBS to help moneyed Americans hide massive sums from the IRS.

The insider information that formed the backbone of the investigation—insight that eventually helped the feds recover billions in unpaid taxes—was provided by a former midlevel executive at UBS, American-born Bradley Birkenfeld. Birkenfeld is the only international banker who has ever blown the whistle to the US government on Switzerland’s legendarily secretive banking practices. He is also the only person connected to UBS’ massive tax evasion scheme to have been sent to prison: Birkenfeld is currently serving a four-year sentence for fraud. Whistleblower advocacy groups warn that this punishment could have a “chilling effect,” discouraging other financial whistleblowers from coming forward. Did Obama’s Department of Justice (DOJ) exact retribution that could cost US taxpayers billions?

Birkenfeld first raised alarms about UBS’ banking practices in a series of emails to his superiors in 2005, after a colleague allegedly brought to his attention a year-old memo that forbade soliciting Swiss banking services while either the banker, client, or prospect were on American soil. “When I read it,” Birkenfeld said in an October 2007 Senate deposition, “I was very concerned about what was going on in the bank because this contradicted entirely what my job description was.” From at least 2001 until he resigned from UBS in 2005, Birkenfeld had worked to help rich people hide millions in taxable assets from the US government. Birkenfeld claims he only realized that what he was doing was criminal after reading the memo.

Two years later, Birkenfeld began providing the US government a cache of UBS internal documents, business emails, and insider knowledge. The US used this information to extract a plea agreement from the Swiss government and UBS, in which the bank agreed to pay a $780 million penalty and to release the names attached to 4,450 of its 19,000 undisclosed US accounts. Those accounts hold a significant portion of the estimated $20 billion in previously hidden assets held by UBS’ US clients. This agreement, which is now pending in the Swiss parliament, could be a model for indicting other banks in offshore tax havens—countries with low (or no) taxes on banking assets, and strict secrecy laws to conceal the identity of their depositors. That is, provided the US can convince more whistleblowers with evidence of financial crimes to speak up.

In the wake of the Birkenfeld conviction, whistleblower advocacy groups say that’s unlikely to happen anytime soon. Jesselyn Radack, the national security director at the Government Accountability Project, says that her organization has been in contact with at least four financial whistleblowers—including clients and employees of major Swiss banks—that “saw what happened to [Birkenfeld] and are not going to come forward.” She adds, “I can’t in good conscience tell someone to go to the government given its treatment of Birkenfeld.” When Birkenfeld was locked up, whistleblower advocates mounted a campaign to commute his sentence—which they referred to as “an American tragedy” and “a disgraceful miscarriage of justice.” Stephen Kohn, the director of the National Whistleblowers Center, says the message sent by the US government was: “If you come forward, you will go to jail and have your life ruined.”

But the story is a bit more complicated than that. Birkenfeld wasn’t indicted simply because he was involved in the illegal activities at UBS that he helped expose. The primary reason was his failure to disclose in his initial June 2007 meetings with DOJ the longstanding relationship he had with a former client named Igor Olenicoff, a billionaire real estate developer then on trial for tax evasion. In April 2008, Olenicoff was sentenced to work 120 hours of community service, put on two years probation, and forced to pay a $52 million fine for dodging $7.2 million in taxes.

The DOJ argues it could have won a harsher judgment against Olenicoff had Birkenfeld been more forthcoming. In May 2008, when the DOJ claims to have first discovered the connection between the banker and billionaire, it charged Birkenfeld with conspiracy to defraud the US government. During his trial, Birkenfeld pled guilty and admitted to, among other things, smuggling diamonds into the US in a toothpaste tube for Olenicoff. “Oh, it was just a way of carrying them so I wouldn’t lose them,” Birkenfeld told 60 Minutes. “Where would you put two diamonds?”

In a letter to Attorney General Eric Holder asking him to reconsider Birkenfeld’s case, his attorneys argue that because he mentioned his relationship with Olenicoff to Senate investigators, as well as other inquiries that were being conducted by the IRS and Securities and Exchange Commission, Birkenfeld was not trying to shield his client from the law. They also contend that Birkenfeld would have been more forthcoming had he been offered the full immunity from prosecution that he’d requested. That explanation didn’t wash with Holder. The attorney general’s office, which did not directly respond to Birkenfeld’s complaints, said in a written statement that his case had been “carefully considered” by the district court.

Gerald Lefcourt, the former president of the National Association of Criminal Lawyers, agrees with Holder. “The Senate is politics,” he explained. “What’s important is making a deal with the US attorneys…the other stuff is icing on the cake.” Lefcourt adds that the sentence simply indicates the DOJ’s low tolerance for witnesses who are not entirely cooperative. Notorious mafia informant Sammy “the Bull” Gravano “got five years for 19 murders,” he points out. “It’s in the public interest to see that if you cooperate, you will get just rewards.”

But even taking into account Birkenfeld’s failure to be fully frank with the DOJ, the whistleblower groups contend that he got a disproportionately harsh punishment. Judge William Zloch of Florida’s Southern District Court handed him a sentence 10 months longer than the 30 months the prosecution had requested.

Whistleblower advocates say there’s one thing the government could do to encourage other Wall Street insiders, accountants, or corporate financial officers to expose fraud: Cut Birkenfeld a big check. Under an IRS whistleblower reward program, informants are eligible for 15 to 30 percent of the collected tax proceeds resulting from any details they provide on a scam that they weren’t directly involved in creating. But the program hasn’t awarded a payout since it was created in 2006. Kohn of the National Whistleblowers Center is one of two lawyers representing Birkenfeld in his application for the award (and may earn a sizeable cut of the reward if it’s successful). The Government Accountability Project’s Radack, a Bush-era whistleblower profiled by Mother Jones, noted that a payment from the IRS “could hopefully defrost the current chill on whistleblowers coming forward.”

The idea of imposing a lighter punishment—or making a hefty payout—to someone who has admitted breaking the law may sound distasteful. But the economic crisis has illustrated that there’s no shortage of financial malfeasance to be uncovered, and as Birkenfeld has shown, just one whistleblower can make a big difference. There’s no way to know whether the DOJ is working with other informants behind the scenes—but if it eventually turns out that Birkenfeld’s prison sentence did dissuade more financial whistleblowers from coming forward, then he may be one fraudulent banker who didn’t belong behind bars.