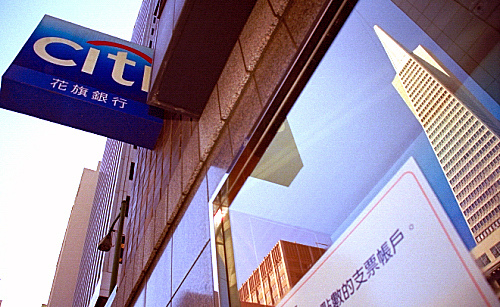 Citigroup’s bygone masters of the universe—Charles Prince, former CEO and chairman, and Robert Rubin, the former chair of Citi’s board (and Treasury Secretary under Bill Clinton)—have come to Washington to tell us all something: They were wrong. And they’re sorry.

That was among the opening highlights of Prince and Rubin’s appearance today before the Financial Crisis Inquiry Commission (FCIC), the Congressionally-mandated panel investigating the root causes of the recent financial meltdown. “I can only say that I am deeply sorry that our management—starting with me—was not more prescient and that we did not foresee that lay before us,” said Prince, who led Citigroup from October 2003 to November 2007, resigning on the same day Citi announced $8 to $11 billion in writedowns in the early stages of the crisis. (Prince, you’ll remember, is famous for comparing the global financial markets to musical chairs: “When the music stops, in terms of liquidity, things will get complicated. But as long as the music is playing, you’ve got to get up and dance. We’re still dancing.”)

Prince and Rubin are before the FCIC today as the commission investigates Citi’s role in the subprime mortgage collapse and the broader economic meltdown. The U.S. supermarket bank, for one, was a heavyweight in the market for collateralized debt obligations (CDO), a type of security backed by pools of mortgage loans with varying degrees of risk. Citi, as Prince described in his testimony, held billions in so-called “super-senior” CDOs, which Citi officials felt had little chance of turning sour. (It didn’t help that the hapless credit rating agencies imprinted these products with AAA ratings, the gold standard. But that’s a whole different issue.) Quite the contrary: Citi ended up losing $30 billion over six quarters on these products. Today’s hearings with Prince and Rubin, as well as several hearings held yesterday with Citi officials, are an attempt to understand how such a powerful and sprawling bank could so grossly underestimate the toxicity of these CDOs.

Rubin, who said he only learned of Citi’s massive positions with these CDOs in the fall of 2007, accepted his share of blame, too, for underestimating how dangerous these products could be. “Almost all of us involved in the financial system…missed the powerful combination of forces at work and the serious possibility of a massive crisis,” Rubin said in his testimony. “We all bear responsibility for not recognizing this, and I deeply regret that.”