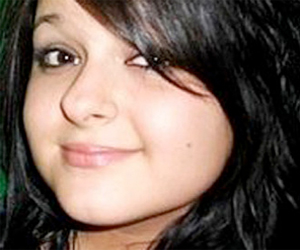 By now, you may have heard of Constance McMillen. She’s the 18-year-old senior and out lesbian who scandalized Itawamba County Agricultural High School in Fulton, Mississippi, by opting to attend the school’s senior prom with her girlfriend, another Itawamba student—a prospect that seems to have terrified school administrators. (Also scary to the locals, apparently, was the fact that McMillen wanted to wear a “men’s” tuxedo.)

The case has become a worldwide cause celebre. But for all the media attention directed at McMillen, the story’s not really about her. It’s about a homogenized school district trying to preserve a down-South culture so exclusive and mean-spirited, it seems like a caricature ripped from a child’s book report on To Kill a Mockingbird. And McMillen’s not the only victim.

The school tried to bar McMillen and her girlfriend from the dance. The ACLU sued on the students’ behalf. Rather than relent, the school district chose to shut down the prom. According to the local news, anti-gay protesters even hung up signs at the school reading, “What happened to the Bible belt?” and “Gomorrah.”

As it turned out, the Itawamba school district was preparing to act very Old Testament.

A federal judge ruled March 23 that the school district did indeed violate McMillen’s civil rights, triggering a trial in the coming months. Facing worldwide scrutiny, Itawamba relented and agreed that McMillen and her girlfriend could attend a private prom now being organized by the local parents.

So imagine how McMillen and her date felt when they showed up at the Fulton Country Club…to a ballroom with only five other kids in it, including two of the school’s outcast learning-disabled students.

“They had two proms and I was only invited to one of them,” McMillen tells the Advocate. “The one that I went to had seven people there, and everyone went to the other one I wasn’t invited to.” Her attorney, Kristy Bennett, told another outlet that McMillen “didn’t stay very long because of the sparse attendance.”

Sure enough, the ACLU is now investigating whether the bait-and-switch was planned, a “separate and equal” event designed to keep the lesbian couple—and anyone else deemed undesirable—away from the student body’s official gathering.

Amazingly, this isn’t the district’s worst equal-rights offense this semester. In February, Itawamba expelled its only transgender student, Juin Baize, only four hours after his first class. “People were talking about him all day, trying to get a look at him,” says McMillen. “It was insane, it was ridiculous, it made me so mad. They said he was causing a distraction with what he was wearing but it was a half day of school and people didn’t have time to get used to him.”

Baize, who was born a boy but lives as a girl, also contacted the ACLU. But the group was powerless to defend him, since the district hadn’t filled in a reason for the dismissal on his suspension notice, and administrators declined to give a reason to the ACLU.

In the meantime, McMillen is becoming something of an advocate for all of Itawamba’s varied outcasts. She was especially sensitive to the two learning-disabled students who had been relegated to her sham prom. “They had the time of their lives,” she says. “That’s the one good thing that come out of this, [these kids] didn’t have to worry about people making fun of them [at their prom].”

With all this in mind, here’s a letter to the editor of the Mississippi Clarion-Ledger that’s worth reprinting in its entirety. Some of the local school district’s detractors think it wasn’t draconian enough in dealing with its gay students. Perhaps next year, Itawamba can forgo the prom entirely and just host a screening of Birth of a Nation.

The audacity that Constance McMillen has constitutional rights is not only funny but also scary. The Itawamba School Board is scared; its members are sidestepping the issue and not standing up to the ACLU.

The school has a right to set a dress code. Young ladies can’t wear skimpy shorts to express their right as a tramp nor can a boy wear an earring to express his right as being cool. I am more afraid that this little girl just wants attention by bucking the system.

The fact is: Your rights end where my nose begins. She could have played by the rules and attended her prom. Instead, she wanted to put her self-interest before others by dragging them down, i.e. no prom. They are claiming that an outrage on morality is protected by law, and some judges are wicked enough to inflict penalties on truth.

Here’s the kicker: In 2004, the state of Mississippi passed a law stating gay marriage is illegal here and will not be considered valid if it is OK’d in another state. So, with respect, Mississippi or its government entities does not have to recognize gay marriage nor gay couples.