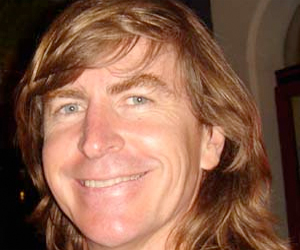 Federal authorities are giving the hairy eyeball to a new “patriot” group, the Associated Press reports. The Guardians of the Free Republics—which has been praised by online supporters of Ron Paul—allegedly sent cryptic letters to most of the nation’s governors with an ultimatum: Leave office now, or you’ll be taken out of office. That, combined with the group’s birther tendencies and other mad rhetoric—its website claims “immunity from public scrutiny, discretion, regulation or trespass. Trespassers beware,” and its goals include “arrest and shackling of the District Court of the District of Columbia”- were enough to get the FBI involved.

Inspired by this news, fear and loathing run thick in the blogosphere today: Could this be the violent offshoot of angry white guyism, of Tea Parties and Oath Keepers, we always suspected lurking around the corner? With its amalgam of threats, Biblical hyperbole, and secretive initiations of Project Mayhem-like “posses” around the nation, could these be the slimy, ochre monsters that mobilize the country’s patriot-subversives and drag us down the slippery slope to libertarian perdition?

Sorry to disappoint. What the AP didn’t tell you is: The Guardians of the Free Republics appears to be little more than a website registered to a Silicon Valley conspiracy theorist. It’s amazing what a simple “Whois” Internet domain search will turn up. A full report and video follow the jump.

Turns out goftr.com and guardiansofthefreerepublics.com are registered to one Clive Boustred of Soquel, California—a British-educated former South African soldier with an apparent knack for “anti-terrorist warfare,” computer consulting, and conspiracy theorizing. The sites—and the “group”—appear not to have existed before he registered them, about two months ago.

Even as conspiracy mavens go, Boustred is a fascinating study. He’s prominent on YouTube as a decrier of Jesuit, Masonic, Rothschild, and Fed conspiracies. As with many such folks, his anti-courts, anti-government anger appears to have originated with a personal legal beef—a weird story involving an ex-wife, infidelity, a restraining order, an “assassination attempt,” and chocolate-chip cookies. He appears to have Astroturfed a number of other “companies” and organizations—Liberty for Life, Copper Cards, Strategize.com, and InfoTelesys.com. The latter apparently spurred his interest in government evil—according to an admiring account by the conspiracy site Freedom’s Phoenix:

…InfoTelesys, the company he founded, threatened the perpetual profit machine that has for over a century pumped unearned trillions into the bank accounts of a small group of people, fewer than 100,000 individuals. It surprised Boustred to learn after their satellite based system was launched, that the FED is a private corporation that issues money that mortgages the lives of Americans through fractional reserve banking. Then it began to sink in. He learned the facts after the first murder attempt, carried out by Santa Cruz’s Sheriff Department in 2002…

We’re hoping to reach Boustred for comment today, and we’ll update this developing story accordingly. But in the meantime, it’s worth noting that subversive groups on the left and the right have long attempted to exaggerate the size and reach of their “movements” in a stab for attention and legitimacy. Mayhaps the attention being given to today’s “patriots” is nothing but a nightingale’s song and an ideological cover for self-obsessed individuals, looking for millstones on which to grind very small axes.