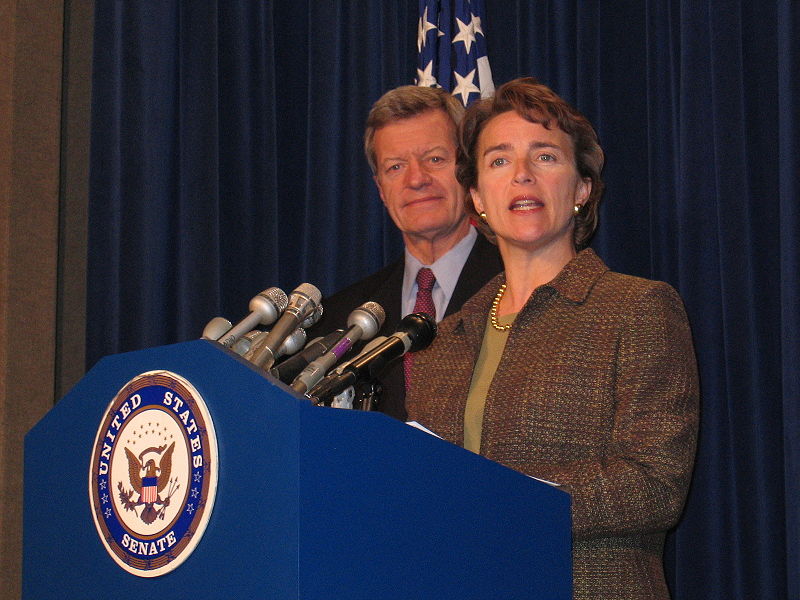 The most heated fight in the financial reform battle right now involves a provision blandly named Section 716. This provision, introduced by Sen. Blanche Lincoln (D-Ark.), is arguably the most aggressive of the reform bill’s crackdowns on the $600 trillion over-the-counter derivatives market, the home to the opaque yet lucrative financial products that allow big banks and gutsy traders to bet on swings in the financial market. More than 90 percent of derivatives trading occurs within the walls of the five largest commercial banks. Lincoln’s Section 716 would essentially force these big banks to carve out their derivatives, or “swaps,” desks into separate subsidiaries—a proposal that’s anathema to Wall Street, many Republicans, some Democrats, and even the White House.

So far, Lincoln has managed to keep 716 in the bill, despite a lobbying onslaught to kill the provision. But as the New Republic’s Noam Scheiber reports, an unlikely opponent to Lincoln’s aggressive plan has emerged: former Federal Reserve chairman and reform advocate Paul Volcker. In a May 6 letter, Volcker wrote to Sen. Chris Dodd (D-Conn.) that commercial banks “should not be prohibited” from dealing in derivatives as a normal part of doing business. Volcker justified his opposition—which more or less aligns him with the Wall Street lobbyists fighting to gut Lincoln’s derivatives overhaul—by saying that the “Volcker Rule,” a provision he helped create that would wall off commercial and investment banking, would render moot Lincoln’s 716.

But academics and outside experts say the Volcker Rule is no substitute for spinning off swaps desks. Jane D’Arista and Gerald Epstein of the Political Economy Research Institute at the University of Massachusetts, Amherst write today that Section 716 would go a long way toward breaking up the anti-competitive monopoly on derivatives trading held by the five largest commercial banks, “encourage new entrants, and bring the benefits of competition to end users in all sectors of the economy.” D’Arista and Epstein add that breaking off swaps desks will actually increase transparency “by bringing derivatives out of the shadows so that dealers can be more easily regulated.” Not separating swaps desk will only cement the too-big- or too-interconnected-to-fail status of the biggest commercial banks, they argue.

Nonetheless, with Volcker in opposition, the odds are now stacked heavily against Lincoln’s provision. Later this week, Sens. Judd Gregg (R-NH) and Saxby Chambliss (R-Ga.) are expected to offer an amendment that would do away with 716, and it’s unclear whether any new lawmakers will come to its defense—or whether the proposal will be left, like other tough provisions, on the cutting room floor.