For the 21 men of 82nd Airborne Division’s Alpha Battery, 2nd Platoon, Afghanistan doesn’t often feel like a war. Each day, as the sun beats down and the dirt kicks up around their convoy, some murmur in the hope that now might just be the time the Taliban finally decide to show themselves.

But rarely do the soldiers’ prayers come true. Here in Suri, southern Afghanistan, there isn’t much of anything except dust, rumors in the wind, and attacks from afar. It’s a backwater in a forgotten part of the country: Perfect territory for a guerrilla movement.

The 30-kilometer bubble of desert, orchards, valleys and mountains that the 2nd Platoon must cover includes only one school and a single medical clinic. The roads are unpaved, the heat fierce in early spring. Individual villages react differently when the troops arrive for what they call ‘community engagements.’ Some appear happy and list the kind of painful but mundane concerns the government would deal with if it existed here: Dead livestock, stillborn children, poor irrigation systems.

In others, young men come out and stare or vanish entirely from the scene, and the elders say only what they know is of little use.

There are deemed to be, in military jargon, 9 nonpermissive villages in the area, 11 permissive ones, and 10 that could go either way. Even by this subjective account, Suri’s future—like that of the entire country—hangs precariously in the balance. 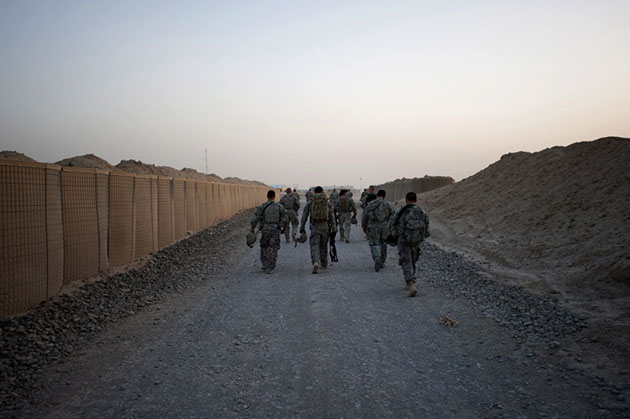 Alpha Battery, 2nd Platoon, is part of an 82nd Airborne paratrooper regiment based at Fort Bragg in North Carolina. In Afghanistan, it operates out of Forward Operating Base Wolverine, which is located in Suri, an unofficial district of Shinkay, Zabul province. 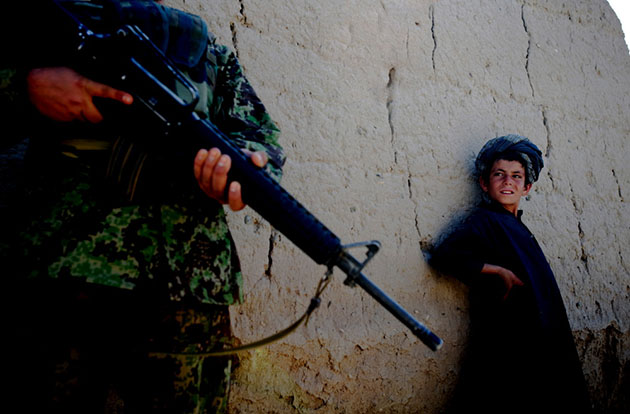 Recently, after an insurgent rocket landed outside the base, the platoon—accompanied by Afghan soldiers—went to the village of Shabil-e-Khord in search of the firing position. They arrived at prayer time and were made to wait. At one point some of the local men seemed to finish praying, only to start again. The firing position was never found. 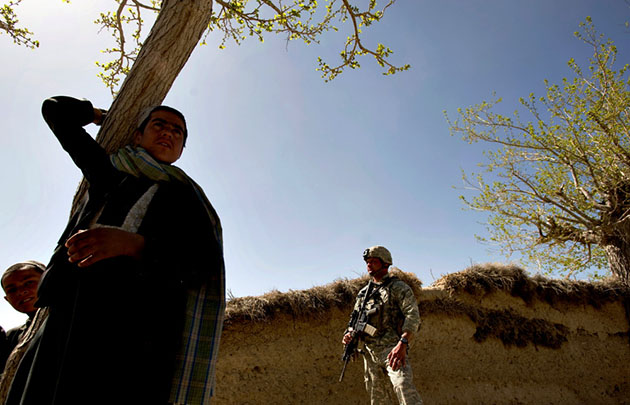 A few days after the rocket incident (see previous slide), the platoon headed to Jugyan village. A letter found among the remains of a man who had blown himself up the previous week trying to plant an IED had asked Jugyan’s imam to encourage people to join the Taliban. 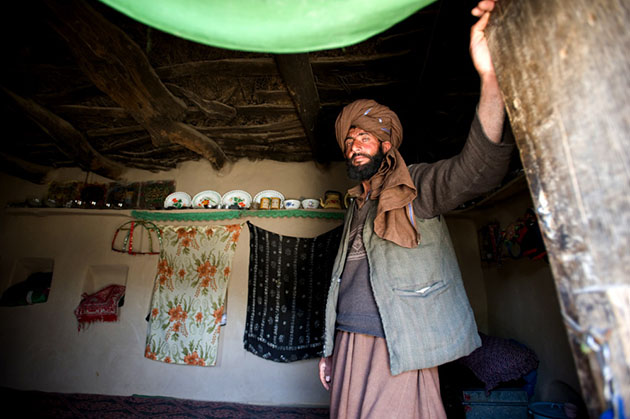 As townspeople gathered and insisted that the village did not side with the insurgency, a sniper shot at a member of the platoon from a distance; the soldier suffered internal bruising and a concussion when part of the wall behind him collapsed. The troops called in two A-10 Warthogs and an unmanned aerial drone and Afghan troops conducted cursory searches of some houses. They also took fingerprints and retinal scans from a handful of local men, but the sniper escaped. 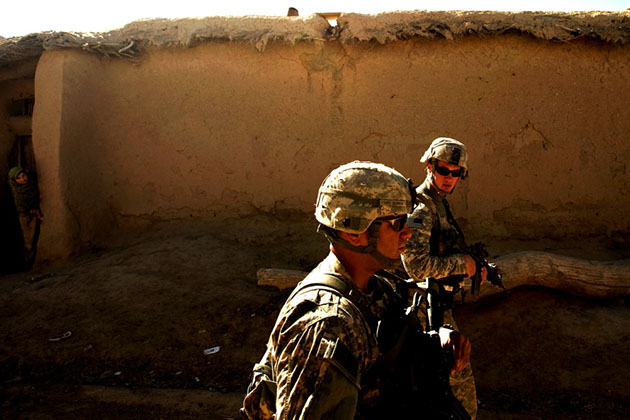 Zabul province is regarded as rat run for the Taliban as they make their way from Pakistan to the southern Afghan provinces of Helmand and Kandahar. As US forces put more pressure on those areas this summer, insurgents are expected to flee here—bringing with them a rise in violence. Many in 2nd platoon would welcome a fight. Too often for them, missions seem to involve little more than meeting villagers and giving sweets to children. 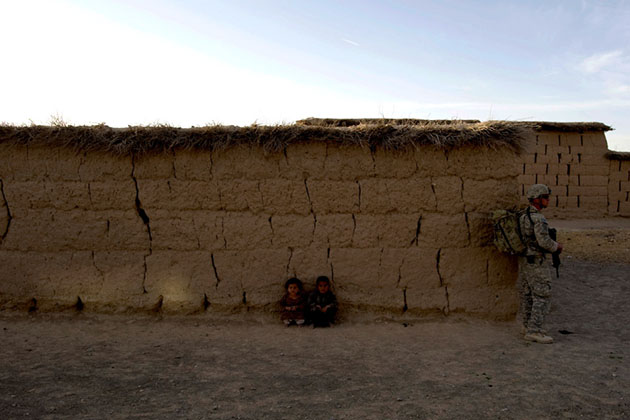 According to the platoon leader, Lieutenant Andrew L. Malon, 75 percent of all its missions are aimed at drawing out some kind of enemy contact. It rarely succeeds, but one village is a constant source of trouble. 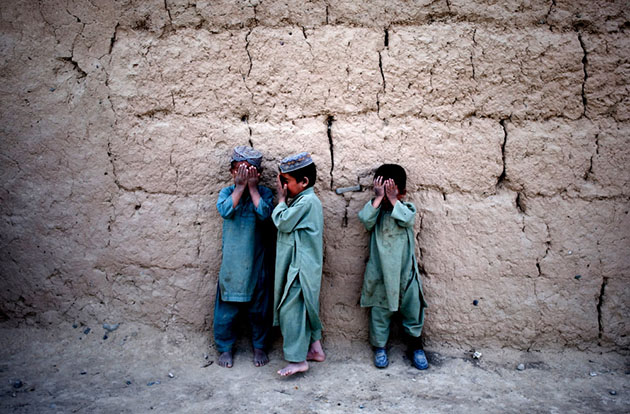 Omar Zai, with 120 households, is the home village of Hamid Agha, a local Taliban leader US forces believe has become commander for all of Zabul. Even the children here are unhappy having their photographs taken. 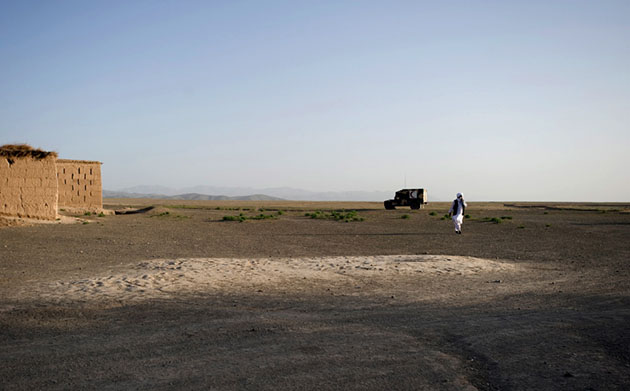 During one mission in Omar Zai, the Taliban could be heard over the radio discussing an attack on the platoon. First they said they were massing for an assault, then that they were planning a rocket strike. Children in the streets somehow seemed to have heard the news and disappeared inside, but in the end, nothing happened. 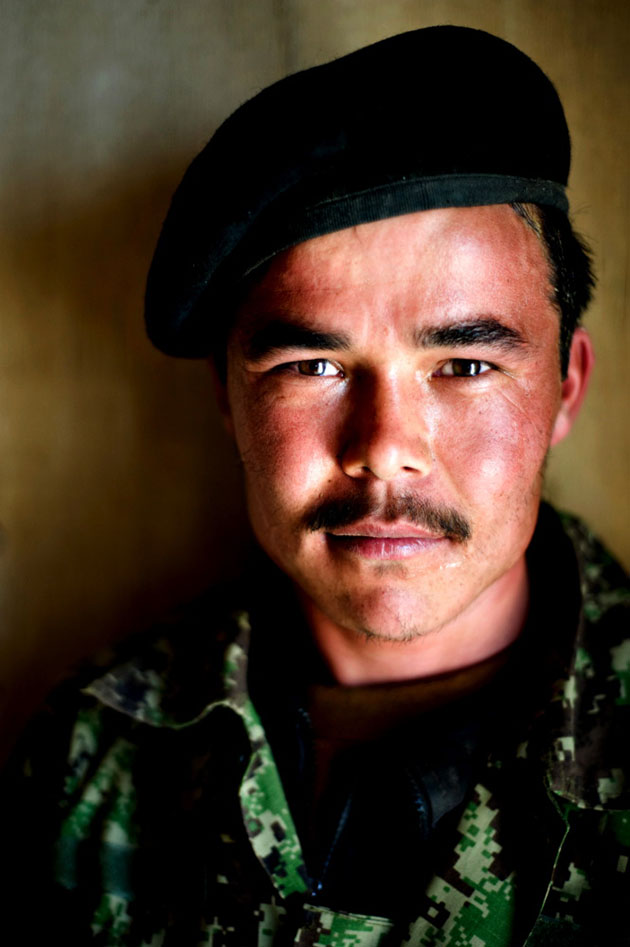 One of the platoon’s main roles is to help train the Afghan National Army. They cannot conduct missions without being accompanied by Afghan security forces. 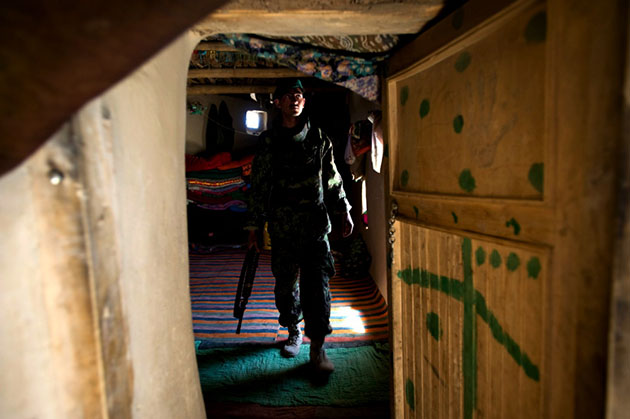 There is more faith in the Afghan army than police, but problems with both remain. Afghan soldiers accompanying 2nd platoon were often reluctant to search houses—either choosing not to do so or conducting quick and simple checks. 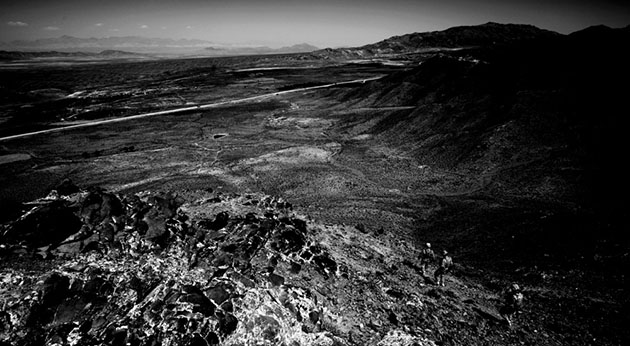 While handing out humanitarian aid to the people of Dab, the paratroopers thought they spotted a man looking at them suspiciously from a mountain. Three soldiers climbed up to investigate, but found no one. The man may have been an Afghan soldier stationed nearby. 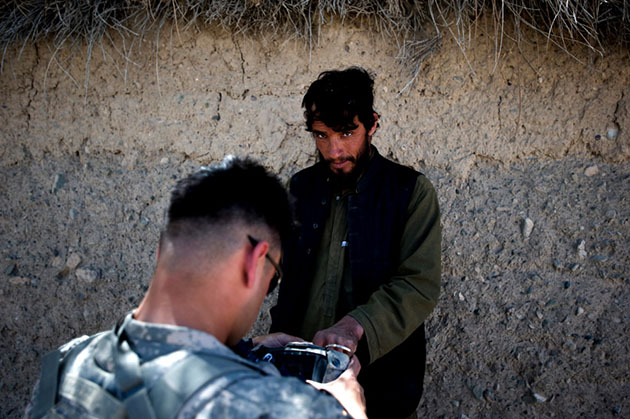 As of early April, two members of the platoon had been injured since last August’s deployment, and an interpreter was murdered while on leave. The platoon has arrested around a dozen alleged Taliban. Lt Malon says the rebel’s strongest asset is their propaganda network. “All of the people in this entire area believe they are capable of way more than they are,” he said. 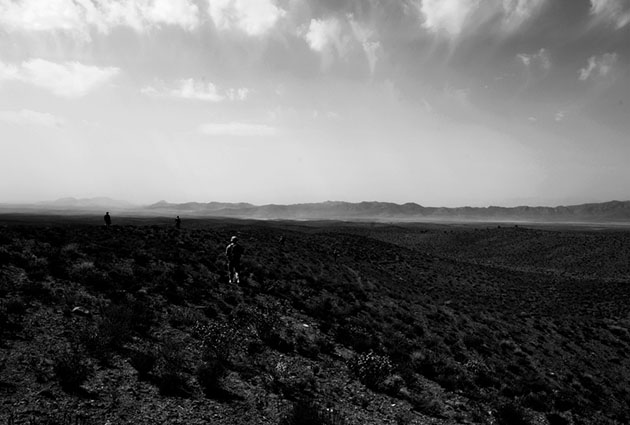 During a routine mission on April 3, intelligence came in that 25 Taliban were meeting 2 kilometers away in the village of Kushy Band. Nobody had heard of the town, but the intelligence came with precise coordinates. That afternoon, a group of soldiers took off on foot, clambering over rocks and walking through the rolling desert in strong winds. When they arrived at the location, there were no Taliban. There wasn’t even a village. 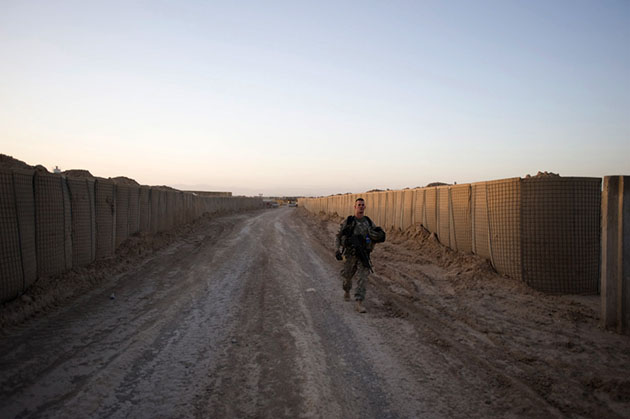 The day after the Kushy Band disappointment (see previous image), the platoon went to the village of Ramazan Kalay following rumors of an air strike—CIA, some soldiers speculated. The Afghan police were too scared to go, adding to a sense that the place was a Taliban stronghold. But when the platoon arrived, they found just five men sitting outside a mosque—most of them old. They claimed they were the only ones living in the village, but the number of houses suggested otherwise. No young men were to be seen, and there was no sign of an air strike, although the men said their mosque was bombed a year ago and had since been rebuilt. The Afghan troops would not search any of the homes.