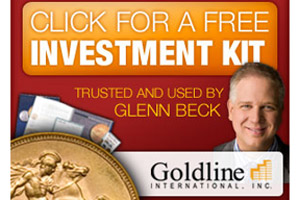 As MoJo‘s Stephanie Menicmer reports in “Glenn Beck’s Golden Fleece,” Beck’s favorite gold company, Goldline International, is getting a reputation for using aggressive sales tactics to push overpriced products. As part of her investigation, she used the Freedom of Information Act to unearth a small trove of consumer complaints about the company filed with the Federal Trade Commission. If you’re curious, here’s a PDF of the complaints.

As Stephanie writes, here’s what you’ll find in them:

One customer, whose name was redacted by the FTC, filed a complaint in February, writing, “Not knowing anything about buying gold, I called Goldline International, Inc. because of their advertisement on Fox News and the fact that Glenn Beck endorses them.” Like Richardson, this customer originally wanted bullion, but the sales rep “absolutely insisted” on 20-franc coins, and the customer relented. Unable to get a refund, the customer reported paying $369 apiece for coins that could be bought elsewhere for as low as $208. A Washington state couple nearing retirement invested $31,812 in foreign coins after calling to inquire about gold bullion “as a hedge against the falling dollar.” Once they realized they’d overpaid, it was too late for a refund. Another customer complained that a sales rep “insisted” on selling French 20 franc coins: “He would not relent. He told me lies.” A quadriplegic Californian described being persuaded to pay $5,000 for $3,000 worth of gold coins after disclosing a recent inheritance to a Goldline rep.

Rep. Anthony Weiner (D-N.Y.), who has set his sights on Goldline and Beck for conspiring to “cheat consumers” with the M.O. detailed in our story, has asked the FTC to investigate the company. Beck, meanwhile, has fired back at Weiner, accusing him of being a modern-day McCarthy, and asking his fans to send him images of the congressmman with “his nose as a wiener.”