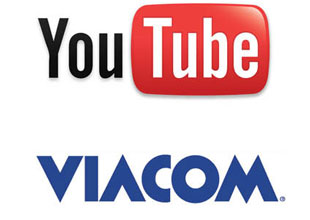 Former copyright lawyer Don Verrilli is the leading candidate to replace Supreme Court nominee Elena Kagan as Solicitor General, the Atlantic‘s Marc Ambinder reported last week. You may not have heard of Verrilli, but file-sharers, “copyfighters,” and activists who question America’s restrictive copyright regime sure have. Verrilli, who’s now serving as an associate White House counsel, is best known for convincing the Supreme Court that file-sharing networks could be sued for copyright infringement—a win that earned him the ire of copyright reform supporters and a reputation as the “guy who killed Grokster,” a file-sharing service.

Verrilli represented a group of 28 entertainment companies that sued Grokster and another file-sharing company, Streamcast, in 2003. The plaintiffs argued that the companies should be penalized for the large amounts of copyrighted music and movies that were downloaded by their users. Critics of the Grokster decision argue the company itself wasn’t infringing copyright, although some of its users were. Grokster’s defenders added that not all of the sharing was illegal. The Supreme Court sided with Verrilli’s clients—the eventual settlement cost Grokster $50 million and effectively shuttered the site.

More recently, Verrilli has worked on a case with even higher stakes. Until he joined the Obama administration, Verrilli led a team of lawyers that had sued Google for $1 billion on behalf of Viacom, the entertainment company that owns CBS, MTV, and Comedy Central. The suit alleges “massive intentional copyright infringement” by YouTube, Google’s internet video site.

Although Verrilli and his former firm, Jenner & Block, filed the lawsuit on Viacom’s behalf in 2007, the course of the case changed dramatically this March, when Google’s defense team made a series of bombshell accusations. For years, Google said, Viacom had paid at least 18 marketing agencies to secretly upload its videos to YouTube for promotional purposes, and had a corporate policy of only selectively complaining about clips from its member companies that appeared on the site. “In fact, some of the very clips that Viacom is suing us over were actually uploaded by Viacom itself,” Zahavah Levine, YouTube’s chief counsel, wrote in a blog post.

In addition to coordinating the Viacom case, Verrilli worked as the Recording Industry Association of America’s (RIAA) lawyer on Capitol v. Thomas. In that case, he won a $220,000 verdict against Jammie Thomas, a Minnesota woman who made 24 songs available over the Kazaa file-sharing network. Verrilli convinced the judge to tell the jury that simply making copyrighted material available on a file-sharing network—even if none was actually transferred—broke the law. The judge later changed his mind and threw out the verdict, but the RIAA is appealing. Cases in which the defendant is asked to pay a small fortune for allegedly infringing the copyrights of a small number of songs enrage copyright reform supporters, who argue that the punishment is far out of proportion to the crime.

Declan McCullagh, a reporter for CNET  (a technology website owned by CBS) drew attention to Verrilli’s record in February 2009, after Verrilli joined the Justice Department. (He moved to the White House some months later.) But now Verrilli is up for a far more powerful post. The solicitor general is the United States’ lead lawyer, and argues almost all the government’s cases before the Supreme Court. By endorsing a party’s request to appeal, the solicitor general can drastically increase its chances of being heard.

The solicitor general’s office has gotten involved in copyright cases before. During the Bush administration, acting solicitor general Paul Clement filed a friend of the court brief in the Grokster case that Verrilli argued—supporting Verrilli’s clients. This March, Kagan filed a similar brief in Costco v. Omega, a case in which a Swiss watchmaker is suing the retail superstore for copyright infringement.

There’s an avid online community that’s staunchly opposed to existing copyright law and its enforcement. In that world, Verrilli is a notorious villain, and his appointment to the Justice Department last year provoked an uproar.  When Lawrence Lessig, the law professor and inventor of Creative Commons, heard that Verrilli was being considered as a successor to Kagan, he said, “Wow. That’s awful. Certainly another slap in the face of the Netroots community,”

One might think that the non-profit groups that have fought Verrilli and his clients in court would be clamoring for the White House to reconsider. However, many of its regular opponents respect him. Gigi Sohn, the head of Public Knowledge, a nonprofit that advocates for copyright reform, defended Verrilli in an email to Mother Jones. “I don’t think Don has ‘drunk the Kool-Aid’ of the RIAA or Viacom, he was simply representing his clients,” Sohn wrote, adding that she thought he was “perhaps the most qualified person in the country to be the next Solicitor General.” “I love that guy,” says Marvin Ammori, a law professor who served as the lead lawyer for Free Press, a group that supports media reform and attacks big media companies like Viacom. “He’s an amazing lawyer.”

Still, at least some observers believe that, from the perspective of Hollywood and the recording industry, Verrilli will be a significant upgrade over Kagan. Ammori acknowledged that Verrilli is personally “pro-copyright.” And Eriq Gardner, a writer for the Hollywood Reporter, wrote:

[I]f Verrilli were to replace Kagan as solicitor general, we have a hard time believing from our conversations with him over the years that he’d be [as skeptical of big content companies as Kagan was]…. Perhaps the Supreme Court will one day grapple with the UMG/Veoh case or even the Viacom/Google battle. If so, it will matter who that solicitor general is.

The White House declined to make Verrilli available for comment for this story, but a White House official issued the same denial that was given to the Atlantic‘s Ambinder: “Conversations about a replacement haven’t even begun yet.” Ambinder assures Mother Jones that he is sticking by his story.