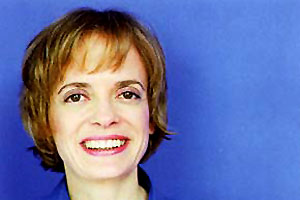 For a special section in our May/June issue, we asked some of our favorite writers about their favorite nonfiction books. Here are science journalist Natalie Angier’s answers:

Mother Jones: Which nonfiction book do you foist upon all of your friends and relatives? Why?

Natalie Angier: A Midwife’s Tale: The Life of Martha Ballard, Based on Her Diary, 1785-1812 by Laurel Thatcher Ulrich. A professor of history at the University of New Hampshire, Ulrich used a Maine midwife’s daily log to explore in astonishingly gripping detail the social, emotional, and utilitarian texture of women’s—and men’s—lives in early America. The book was a revelation to me. Through it I learned that husbands and wives proceeded along parallel economic tracks, men engaging in the more formalized cash economy outside the home, women bartering goods and chores domestically. Their working lives rarely intersected but were equally elaborated and equally essential to the success of individual families and to the community as a whole. I also learned that out-of-wedlock births are a noble American tradition, and that one of a midwife’s more delicate tasks was to try to ascertain the paternity of any “illegitimate” newborn she helped usher into the world, and maybe even persuade the young parents that maybe, sometime within the next year or two, they consider getting married. Violence, jealousy, pettiness, depression, resilience, all play out against a backdrop of ceaseless work and those absurd Maine winters: Martha Ballard was still skipping over frozen rivers at midnight to deliver babies when she was well into her seventies. I wouldn’t have lasted a week in a midwives’ reality show like this, but I was grateful to have lived it vicariously through Ulrich’s book.

MJ: What’s the most underrated nonfiction book you’ve ever read, the gem of hidden gems?

NA: Einstein in Love by Dennis Overbye. There are plenty of biographies of Albert Einstein on the market, and some have been major bestsellers, but none is as confident, generous, and exacting as this one. Overbye somehow manages to bring both the physicist and his transformative but daunting physics alive. We trace the genesis of relativity theory. We follow Einstein’s struggles with colleagues, relatives, lovers. We get to know the man as though he were a friend, a brilliant, exasperating part of our days. We like him. We love him. Does he really have to be such a tease, such a self-involved sensitive-guy bounder? Yet this is no pathography. Even with his flaws revealed, Einstein remains a man of extraordinary achievements and an immortal core. The Einstein portrayed here retains on display, Einstein never loses, without ever losing sight of his extraordinary achievements and immortal core.