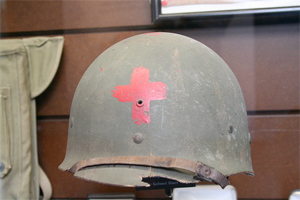 Doctors can operate without borders, but can they work without regard for strategic consequences? The International Committee of the Red Cross says “Yes.” The ICRC is defending itself this morning after the Telegraph of London reported that the group trains Taliban guerrillas in first aid and provides them with basic medical equipment. The Red Cross is claiming it’s neutral, saying its highest value is the prevention of unnecessary death on all sides of a conflict. But is it ethical to put US, UK, and Afghan troops on a par with the Taliban? And even if so, is the Red Cross’ “neutrality” simply enabling future violence?

According to the Telegraph:

In an “operational update”, the International Committee for the Red Cross reported that it had trained and equipped “over 70 members of the armed opposition” as part of a programme to deal with battlefield injuries.

First-aid training and kits was also given to “arms carriers” and “civilians living in conflict areas”, 100 Afghan security forces personnel, taxi drivers used to transport the wounded and the Red Cross’s own staff.

This is no new development, either: In responding to criticism of its training, the ICRC’s spokesman, Christian Cardon, told an Associated Press reporter they’d offered know-how and medic kits to Taliban fighters since 2006:

“It’s the core of the ICRC’s mandate to make sure that people are cured whether they are from one side or the other side,” he told the Associated Press…

…”We never ask the people who come about their background,” he said. “This is the way we work everywhere in Afghanistan and all over the world.”

Identical first aid courses have been held in Gaza with members of Hamas and other Palestinian groups, said Cardon.

To be fair, thanks to the Geneva conventions, most modern militaries accept responsibility for tending to the wounds of the enemies they capture. That’s caused some grumbling among some coalition troops in the war on terror, as when British soldiers at one Afghanistan base last year said they were “appalled” to hear of injured comrades waking up in the infirmary next to the Taliban enemies who injured them. It’s standard practice, though, a NATO spokesman in Kabul told the Guardian: “ISAF [NATO] forces also provide treatment to any case caught up in this conflict, including our opponents, in line with our own obligation to respect the rules of armed conflict.”

But that’s still a far cry from the Red Cross’ position: Providing knowledge of considerable tactical value to enemy combatants before they’ve gone into combat. You may not agree with the unnamed Afghan magistrate who told the Guardian that Taliban fighters “not deserve to be treated like humans.” But like them or hate them, the Taliban are now better prepared to attack troops, aid workers, and everyday Afghans. It may be impossible to quantify whether Red Cross trainers are endangering more lives than they’re saving, but it’s a tradeoff worth questioning.