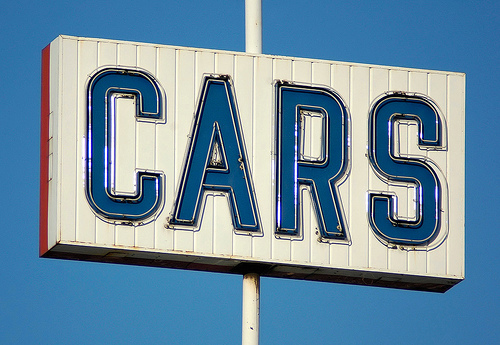 Last week, Sen. Sam Brownback (R-Kan.) went head to head on financial reform with the biggest US bureaucracy of them all, the US military—and, it turns out, used some dubious facts in doing so. On May 14, Brownback wrote to an undersecretary of defense, Clifford Stanley, with questions about exempting auto dealers from oversight by a proposed Consumer Financial Protection Bureau, a centerpiece of the financial regulatory reform being debated in Congress. The letter pitted Brownback against one of the biggest opponents of this auto dealer loophole—the US military. As Mother Jones‘ Stephanie Mencimer has reported, soldiers are frequently targeted by predatory and unscrupulous car salesmen, and are duped into buying overpriced cars on unfair terms. The military wants auto dealers to fall under the bureau’s oversight, and has lobbied just as hard to kill a dealer loophole as dealer organizations, such as the National Auto Dealers Association, have lobbied to preserve it.

Here’s where it gets messy with Brownback. In his letter to Stanley, Brownback mentioned a recent news article as evidence of why new dealer regulation was a bad idea:

CNN Money on May 13 reported that “Raj Date, executive director of the Cambridge Winter Center for Financial Institutions Policy, agreed that the additional [CFPA] regulation might cause some dealers to stop arranging loans.”

Today, a presumably pissed-off Date sent a letter to the DOD’s Stanley, pointing out that Brownback had seriously twisted his position to fit an existing agenda. Here’s how Date’s comments appeared in full in the article:

Raj Date, executive director of the Cambridge Winter Center for Financial Institutions Policy, agreed that the additional regulation might cause some dealers to stop arranging loans. “There will be some dealers who say ‘If I have to play by an honest set [of] rules, then I can’t be in this business anymore,'” Date said. “I’m not going to shed any tears for these dealers.”

Date goes on to write in the letter, “It is my strong opinion that only those auto dealers that cannot play by honest rules would exit the business.” Which should be the objective of any tough consumer protections, right? If you can’t play by the rules, then get out. A request for comment by Mother Jones from Sen. Brownback’s office wasn’t immediately returned.