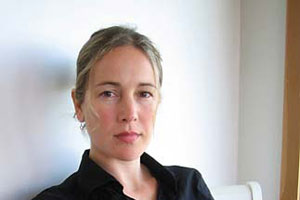 For a special section in our May/June issue, we asked some of our favorite writers about their favorite nonfiction books. Here are The Believer cofounder and novelist Vendela Vida’s answers:

Mother Jones: Which nonfiction book do you foist upon all of your friends and? relatives? Why??

Vendela Vida: For years I’ve been telling everyone to read Random Family: Love, Drugs, Trouble, and Coming of Age in the Bronx by Adrian Nicole LeBlanc. LeBlanc followed two Latina girls in the Bronx—and by extension their families and boyfriends—over the course of 10 years. It’s a work of journalism, but you feel you’re seeing the drug dealers and boys and babies that populate these girls’ lives through their own eyes.

Recently, I’ve been recommending Patti Smith’s Just Kids. I read it when it came out earlier this year, and its precise prose and honesty floored me. It made me want to be living in New York in my twenties all over again. It made me wish I had kept a journal as religiously as Smith evidently did. You could have never heard a Patti Smith song and still enjoy the book.

MJ: Which nonfiction book have you reread the most times? What’s so good? about it?

VV: By virtue of having edited them, I’ve probably reread Nick Hornby’s three collections of essays for the Believer (The Polysyllabic Spree, Housekeeping vs. the Dirt, and Shakespeare Wrote for Money) more than any other series of books. In his columns, Hornby chronicles the books he’s read and the books he’s bought and he discusses how they pertain—or don’t pertain—to his life at the time. Read the columns over the course of a few years, and you’ll really feel you’ve been living next door to a fellow reader, catching glimpses of his life while he goes on vacation, raises children, makes his way through many, many books, quits smoking, and quits quitting smoking. I still turn to the columns whenever I want to read something funny, and whenever I’m looking for suggestions of what to read next. It was thanks to Hornby’s mention of LeBlanc’s book in his column that I first read Random Family.???

MJ: Is there a nonfiction book that someone recommended to you when you ?were a kid that has left a lasting impression? Who recommended it, and? why was it so special?

VV: A professor of mine at Columbia recommended I read Joan Didion’s Slouching Toward Bethlehem when I was 21. I’m not exaggerating when I say that it completely changed the way I write and the way I read. I loved the way she inserted herself into the pieces—just the right amount. You get the sense when you’re reading her essays that she’s noticing things no one else does; there could be a thousand journalists in a room, and no one would pick up on the same truths and turns of phrase and details about an outfit that Didion does. And she describes even the most chaotic of times and places—the Haight-Ashbury in the late ’60s, for example—in well-crafted and precise, marmoreal prose. I tell everyone who wants to write nonfiction that they have to start with Slouching Toward Bethlehem.

MJ: You edit a magazine that publishes a variety of essays and other ?nonfiction. What would you say are some of the qualities that contribute to a compelling work of nonfiction?

VV: ?It’s all in what the writer notices. If you’re reading a piece of nonfiction and feel happier that the writer’s the one making the observations, rather than wishing you were there to be making them yourself, then you know they’re doing a good job. I read Bill Buford’s Among the Thugs in a day, and prior to reading it, I wasn’t at all interested in British soccer. Actually, I’m still not interested in British soccer, but while reading the book I seemed to forget that minor detail. At a certain point, the guide is just as important as the scenery.