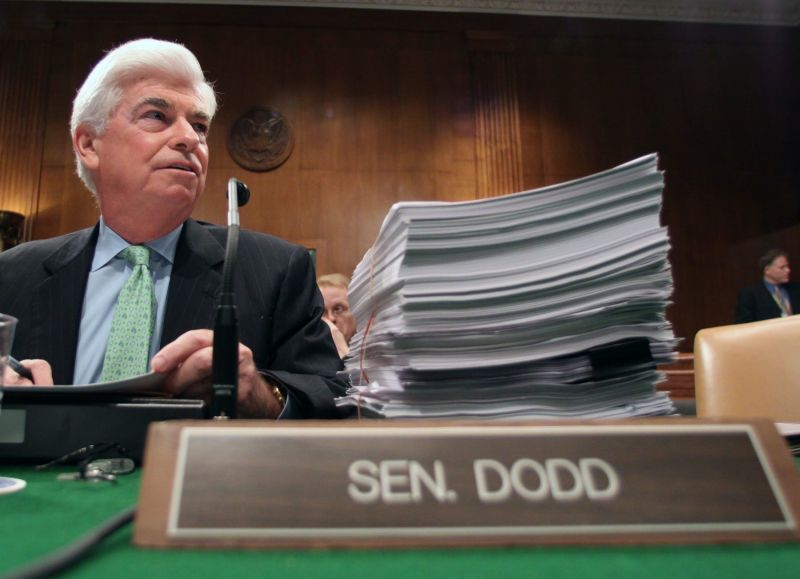 With last night’s passage of the Senate’s financial reform bill, next up is what’s called “conference,” where the House and Senate must resolve any differences and merge their two bills. In size and scope, the two bills are pretty much the same. But as always, the devil is in the details.

Here’s a breakdown of the differences between the House bill, shepherded through that chamber by Rep. Barney Frank (D-Mass.), the House financial services committee chairman, and the Senate’s, which relied on the negotiating acumen of Sen. Chris Dodd (D-Conn.), the banking committee chair, and Majority Leader Harry Reid’s (D-Nev.) hard-charging leadership. I’ll be updating this post as I dig through the two bills for more notable discrepancies.

Consumer protection: The House’s bill calls for an independent and—more importantly—standalone Consumer Financial Protection Agency. This CFPA would be in the mold of the Environmental Protection Agency, and its leader would be appointed by the White House, like the EPA’s director. The Senate’s bill would create a Consumer Financial Protection Bureau, housed within the Federal Reserve. That bureau would be independent—with its own budget, a presidentially-appointed leader, no influence from the Fed—but wouldn’t be standalone because it shares an address with the Fed.

Both the House and Senate’s consumer watchdogs would oversee would be nearly identical types of transactions. But there’s one big discrepancy: auto dealers. The House exempts them from oversight, the Senate doesn’t. Watch for the big dealer trade groups, like the National Automotive Dealers Association, to lobby furiously to preserve the House’s exemption in the final bill. Dealers, however, face a major opponent to that exemption: President Obama, who earlier this month said that “auto dealer-lenders make nearly 80 percent of the automobile loans in our country, and these lenders should be subject to the same standards as any local or community bank that provides loans. Auto dealer-lenders offering transparent and fair financing products to their customers should welcome these reforms, which will make their competitors who don’t play by the rules compete on a level playing field.”

Auditing the Fed: The House bill calls for a broad audit of the Federal Reserve, scrutinizing the Fed’s multitrillion-dollar bailouts in 2008 and 2009. The Senate bill does the same. The difference between the two is that the Senate’s audit language is far narrower in order to prevent the auditor from looking at and potentially politicizing how the Fed determines monetary policy, such as setting interest rates. The House bill would potentially allow the auditor to examine monetary policy, a reform the Fed has vehemently fought over the past year.

Derivatives: The Senate bill is considerably tougher and more far-reaching in its derivatives reform than the House version. Thanks to Sen. Blanche Lincoln (D-Ark.), the Senate bill would force big banks—think JPMorgan Chase, Bank of America—to break off their “swaps” trading desks (here’s a good description of what those are) and make them separate subsidiaries. Banks hate this proposal because these swaps desks are incredibly profitable. JPMorgan made $11.7 billion in profits last year, but a study by financial analysis firm Sanford C. Bernstein estimated that JPMorgan could lose as much as 10 percent of those profits under these new derivatives rules. The House bill does not include the spin-off provision, and the Obama administration doesn’t support it. Look for this proposal to be dropped during conference.

The House and Senate bills do align when it comes to shedding some light on derivatives trading and reducing systemic risk. Both the bills would force derivatives trades to go through “clearinghouses,” through which all derivatives trades must be approved and processed. Having a central counterparty forces buyers and sellers to put up cash or other collateral in case their trades go south, which helps lessen the blow of major losses in the derivatives markets. Instead of having one party absorb staggering losses (i.e., AIG in 2008), the losses are spread out more and the risk of catastrophic meltdown is greatly decreased. The two bills would also require most derivatives trades to take place on exchanges, like the New York Stock Exchange, where prices and volume are visible, a requirement sure to make it into the final bill.

Too-big-to-fail: Both bills would create a new council of regulators whose job would be to stop big banks from becoming too-big- or too-interconnected-to-fail. That council—consisting of the Treasury secretary and Federal Reserve chairman, among others—would collect financial data on deposits and consumer purchases, and use that data to track the growth of the nation’s biggest and most powerful banks. The House bill would give that council more power, like forcing banks to hold more capital reserves to cushion against losses if they’re engaging in a lot of risky deals. The Senate leaves those decisions to the Federal Reserve.