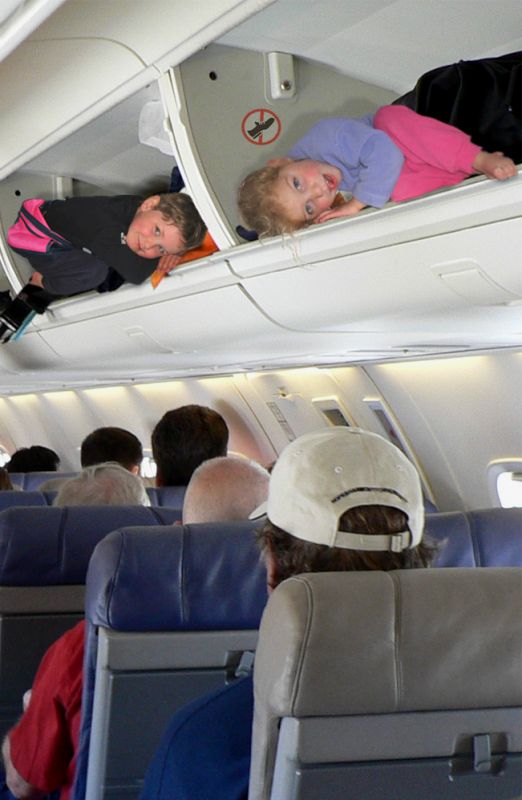 Since the TSA stepped in and the airlines went bust, hating flying has become practically a national pastime. But there is some merit to this reaction: In many ways, air travel quality has been steadily deteriorating. Below, six ways flying is actually getting worse.

1. New Fees. Consumer Reports recently found that airlines collected $7.8 billion in 2009 in additional fees, a 42 percent increase from 2008. These fees are for everything from booking your ticket by phone ($20 on Continental) to checking luggage ($25 for the first checked bag on American). United charges you a whopping $50 “ticket handling fee” for paper tickets. Starting in August, Spirit will charge you $20 for your second carry-on. No wonder ticket fares are relatively low… they’re making up for it with fees.

2. TSA/Security. While it’s been shown many times that the TSA’s guidelines on liquids, containers, and Ziploc baggies haven’t stopped dangerous materials getting through, passengers must still display belongings and take off shoes and coats before agents. But wait, it gets better. Now that full-body scanners are being deployed in dozens of airports nationwide, TSA doesn’t just look through your stuff: It looks through your clothes, too. Underneath the terminal, meanwhile, only 75 percent of cargo traveling on passenger planes is required to be scanned.

3. The Lists. The TSA’s mysterious “No-Fly” list includes tens of thousands of travelers. According to the TSA, the No-Fly list “keeps known terrorists off planes,” even if those “terrorists” are dead, senators, billionaires, or adorable six-year-old girls. Separate from the No-Fly list is the FBI’s Terrorist Screening Database, which airlines use to screen for terrorists. The ACLU calculates there are about 1 million fliers on it, domestic and international. As the lists continue to bloat, it makes finding the real terrorists even harder. Delayed updates, faulty information, and mistakes in judgment have agencies stopping Nelson Mandela while Faisal Shahzad boarded a flight to Dubai and Umar Farouk Abdulmutallab tried to blow up a plane while on a US visa.

4. Space. Americans are larger than they used to be, but legroom in airplanes is shrinking too. Airlines like American are adding seats to planes, meaning less legroom, narrower seats, or both. Why give valuable inches of legroom away when you can charge for it? If airlines are going to charge you for more legroom, it’d be nice if they’d discount seats with less legroom, like those at the very front of the cabin.

5. Fewer Amenities. The days of a steak dinner and metal knives are long over, so maybe this one doesn’t sting as much. Most airlines, like Continental, no longer offer free meals on flights under six hours in duration. Pillows and blankets no longer abound, even on JetBlue ($7), but looks like soft drinks will remain free. What has changed: The in-flight meals you buy may be fresher than free food.

6. Reward Miles. Sure, you’re earning reward miles, but can you use them? A recent investigation found 99.3 percent of the time with Southwest, the answer was yes. But with US Airways, the number was just 10.7 percent. And if you’re booking less than a month ahead of time, be prepared for a hefty ($50-$100) fee. Some airlines are also reducing the number of frequent flier seats available on a given flight: there wasn’t a single New York-Los Angeles round-trip ticket available in all of July for Delta and American fliers using reward miles, a Time magazine investigation found.

One thing that’s stayed about the same: Delays. As of May 2010, 80 percent of flights arrived on time, a rate that’s remained fairly stable since 2007. Beginning April 29 of this year, passengers must be allowed to disembark if their boarded flight has been sitting on the tarmac for 3 hours. This sounds good until, as some have pointed out, you realize that airlines are fined $27,500 for each passenger sitting on that plane for 3+ hours. That’s $3.7 million for a Boeing 737. With that kind of money at stake, why would airlines wait at all? Why not just cancel the flight? New information shows that it’s a calculation: The higher the average ticket value, the less likely your flight is to be canceled.