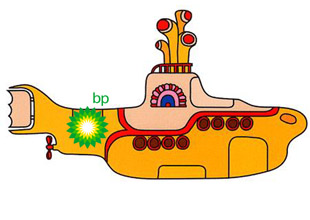 According to a senior House member investigating the Gulf oil disaster, BP still won’t admit that oil is gathering in large plumes in the Gulf of Mexico, despite a new report from the federal government that shows the plumes do indeed exist. BP has been denying their existence for some time, and continues to and hide information that indicates otherwise, said Rep. Ed Markey (D-Mass.) on Wednesday.

Last month, shortly after BP CEO Tony Hayward argued that there was “no evidence” that these plumes exist, Markey sent the company a letter asking them to validate those claims, which BP then provided. But Markey says that BP’s response to his inquiry “omits information publicly available on EPA’s website that used BP’s own data,” as well as independent analysis that have been conducted on areas beyond the well site. (The documents BP provided are all posted on the Select Committee website.) Markey accused the company of “making questionable assertions using flawed and incomplete analysis” in a statement Wednesday.

When Hayward testified to House members last week, he was similiarly dismissive of the plumes. Hayward argued that there was only “oil in very low concentrations … distributed throughout the column,” when asked at the June 17 hearing. On Friday, Markey sent another letter to the company asking for more data to support their claims that these underwater plume don’t exist. The company has not yet responded to that request.

But the latest government report, issued Wednesday by the National Oceanic and Atmospheric Administration (NOAA), the US Environmental Protection Agency (EPA) and the White House Office of Science and Technology Policy, “confirms the existence of a previously discovered cloud of diffuse oil at depths of 3,300 to 4,600 feet near the wellhead.”