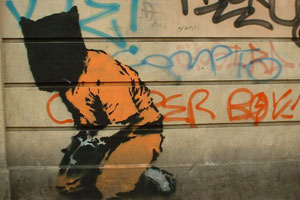 In the course of trying to prove that its “enhanced” interrogation program was legal, the Bush administration may have broken the law, according to a new report (PDF) by Physicians for Human Rights. The watchdog group claims that in an attempt to establish that brutal interrogation tactics did not constitute torture, the administration ended up effectively experimenting on terrorism detainees. This research, PHR alleges, violated an array of regulations and treaties, including international guidelines on human testing put in place after the Holocaust.

According to the report, which draws on numerous declassified government documents, “medical professionals working for and on behalf of the CIA” frequently monitored detainee interrogations, gathering data on the effectiveness of various interrogation techniques and the pain threshholds of detainees. This information was then used to “enhance” future interrogations, PHR contends.

By monitoring post-9/11 interrogations and keeping records on the effectiveness of various techniques, medical professionals could also provide Bush administration lawyers with the information they needed to set guidelines for the use of so-called “enhanced” interrogation tactics. For instance, attorneys in the Justice Department’s Office of Legal Counsel (OLC) who were devising the legal rationale for the interrogation program could use the research to determine how many times a detainee could be waterboarded. Or, based on the observations of the medical personnel monitoring the interrogation sessions, they could assess whether it was legally justifiable to administer techniques like stress positions or water dousing in combination or whether these methods needed to be applied separately.

Physicians for Human Rights makes the case that since human subject research is defined as the “systematic collection of data and/or identifiable personal information for the purpose of drawing generalizable inferences,” what the Bush administration was doing amounted to human experimentation:

Human experimentation without the consent of the subject is a violation of international human rights law to which the United States is subject; federal statutes; the Common Rule, which comprises the federal regulations for research on human subjects and applies to 17 federal agencies, including the Central Intelligence Agency and the Department of Defense; and universally accepted health professional ethics, including the Nuremberg Code… Human experimentation on detainees also can constitute a war crime and a crime against humanity in certain circumstances.

Ironically, one goal of the “experimentation” seems to have been to immunize Bush administration officials and CIA interrogators from potential prosecution for torture. In the series of legal papers that are now popularly known as the “torture memos,” Justice Department lawyers argued that medical monitoring would demonstrate that interrogators didn’t intend to harm detainees; that “lack of intent to cause harm” could then serve as the cornerstone of a legal defense should an interrogator be targeted for prosecution. In 2003, in an internal CIA memo cited in the PHR report, the CIA’s general counsel, Scott Muller, argued that medical monitoring of interrogations and “reviewing evidence gained from past experience where available (including experience gained in the course of U.S. interrogations of detainees)” would allow interrogators to inoculate themselves against claims of torture because it “established” they didn’t intend to cause harm to the detainees.

The Bush administration believed that the medical teams could boost their legal defense in another way, too. In the memos, the OLC lawyers formulated a legal threshold for the level of pain that constituted torture. In a memo drafted on March 14, 2003, John Yoo, a primary author of the torture memos, defined that boundary as treatment leading to “long-term” mental harm or pain and suffering equal to or greater than that caused by organ failure or death. So one purpose of the medical monitoring project was to insure that the techniques interrogators were using did not breach that bright line.

One document cited in the PHR report highlights this practice especially well. On May 10, 2005, then-OLC head Steven Bradbury wrote to then-CIA acting general counsel John Rizzo about the legality of using multiple interrogation techniques simultaneously, as opposed to one by one. Referring directly to data gathered by the CIA’s Office of Medical Services, Bradbury decided that both methods were okay:

But as we understand the experience involving the combination of various techniques, the OMS medical and psychological personnel have not observed any such increase in susceptibility. Other than the waterboard, the specific techniques under consideration in this memorandum— including sleep deprivation—have been applied to more than 25 detainees.… No apparent increase in susceptibility to severe pain has been observed either when techniques are used sequentially or when they are used simultaneously—for example, when an insult slap is simultaneously combined with water dousing or a kneeling stress position, or when wall standing is simultaneously combined with an abdominal slap and water dousing. Nor does experience show that, even apart from changes in susceptibility to pain, combinations of these techniques cause the techniques to operate differently so as to cause severe pain. OMS doctors and psychologists, moreover, confirm that they expect that the techniques, when combined… would not operate in a different manner from the way they do individually, so as to cause severe pain.

It’s possible, of course, that the data about detainees’ “susceptibility to pain” was collected as part of standard medical monitoring of interrogations. But PHR says that doesn’t matter: it’s clear that ” the collection of medical information was acquired and applied to inform subsequent [interrogation] practices,” which amounts to illicit human subject research.

PHR claims that in addition to the data on simultaneous and sequential application of interrogation techniques, the experimentation program focused on two other areas of research: the safety and effectiveness of waterboarding and the effects of sleep deprivation. In each case, PHR points to declassified documents in which Bush administration officials acknowledge how medical information gathered during interrogations is being aggregated and used to inform future questioning.

There is some evidence to suggest that someone in the Bush administration may have realized they could be vulnerable to charges of illegal experimentation. The Military Commissions Act, passed by Congress in 2006, amended the 1996 War Crimes Act, a law that imposes criminal penalties for “grave breaches” of the Geneva Conventions. Specifically, the language on illegal “biological experiments” was weakened. The new law no longer requires that an experiment be carried out in the interest of the subject in order to be legal. (Research on how to make torture more effective is clearly not in the interest of the person who is going to be tortured.) In addition, it allows experiments that do not “endanger” the subject—rather than simply prohibiting all experiments that “are not justified by the medical, dental, or hospital treatment of the prisoner concerned and carried out in his interest,” as the previous version did.

The PHR report doesn’t produce a smoking gun—there’s no memo saying “we’re going to experiment on detainees.” The organization acknowledges as much, noting that none of the actual medical monitoring data from interrogations has ever been made public. PHR says that only a “comprehensive federal investigation” can answer the questions raised by its report. But don’t hold your breath for one. To date, the “enhanced interrogation” program itself has yet to be fully probed.

UPDATE: Here’s a video of faith leaders responding to the PHR report and calling for an investigation.