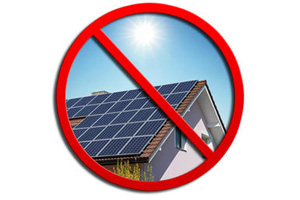 Few new ideas brighten the faces of clean-energy advocates as much as Property Assessed Clean Energy, or PACE, the Berkeley-born financing tool that’s spreading quickly throughout the country. The three-year-old model has put rooftop solar panels, high-efficiency furnaces, and other home improvements within reach of thousands of American homeowners, and there’s hope it could reach many more, creating jobs along the way.

It works by allowing property owners to pay for energy projects through an addition to their property tax bill, paid back over 15 to 20 years. If the owner sells the property after, say, installing a $15,000 solar array, the unpaid balance is passed on to the new owner (who also reaps the electricity-bill savings). In this way PACE overcomes two major barriers to greening buildings: high upfront costs and fear that owners will lose out if they move before their investment has paid for itself.

The Obama administration has endorsed PACE with $100 million in stimulus-act funding. Twenty-two states have passed legislation allowing and encouraging municipalities to start PACE programs. San Francisco, Sonoma and Placer counties in California, and Boulder County in Colorado have all recently launched programs, and Los Angeles and San Diego are set to begin ones later this year.

But they’ve all come to a sudden halt after Fannie Mae and Freddie Mac, the government-sponsored mortgage-finance corporations, sent a cryptic letter [PDF] to lenders on May 5 warning them away from PACE programs.

At issue is what gets paid first if a borrower defaults—the mortgage or the clean-energy assessment? Tax assessments have senior lien status to mortgages, meaning they must be paid off first. Such assessments are typically used to fund public projects such as sewers, sidewalks, and schools. Fannie and Freddie, which guarantee more than half of the nation’s $11 trillion in mortgages, contend that home energy improvements shouldn’t get priority over mortgages.

In their letter, Fannie and Freddie promise “additional guidance,” but a month and a half later, no clarification has come.

In the meantime, PACE programs are delayed and no new ones have come online.

“If this doesn’t get resolved, PACE is dead,” said Adam Browning, director of the Vote Solar Initiative, a California advocacy group.

Jeanine Cotter, CEO of the Bay Area solar and wind installation company Luminalt, projected the company’s annual revenue could rise from $4 million to more than $7 million when San Francisco launched its program this April. She had hoped to expand the company’s workforce of 17.

“The rug just got pulled out,” Cotter said. “[PACE] has the potential to stimulate a market and create jobs and create investment in our communities, which is exactly what we need right now. Now it’s not happening.”

Yet there’s been no public response from Fannie and Freddie. “Their internal processes are pretty opaque,” said Greg Hale, senior financial policy specialist at the Natural Resources Defense Council.

Officials at Fannie and Freddie declined to comment for this story, and the corporations are not allowed to speak out on public policy. Alfred Pollard, general counsel for the mortgage corporations’ regulator, the Federal Housing Finance Agency, said his agency was “working expeditiously to produce guidance in light of the questions and concerns that have been raised.” He refused to give a timeframe or say if the letter was intended to shut down PACE programs, as it has done.

Fannie and Freddie’s objection to PACE is puzzling. Energy-efficiency retrofits and solar arrays make good financial sense. They pay for themselves—and more—over time, and PACE protects buyers from bearing the cost all at once. So the projects make borrowers more financially secure—something you’d expect Fannie and Freddie to applaud.  Newer PACE programs also have safeguards built in—in San Francisco, financing may not exceed 10 percent of the assessed value of the property, and properties with underwater mortgages are ineligible.

“Nobody wants to see policy that increases foreclosures,” said Browning of Vote Solar. “PACE is something that can be used as a way to prevent them.”

If borrowers do default, they’re not responsible for the full assessment, only the delinquent payments (advocates wonder if Fannie and Freddie misunderstood this). Supporters figure those outstanding payments, if they ever occurred, would almost always amount to less than $1,000.

The state of Maine has proposed a compromise that would make PACE assessments “junior” to existing debt. But that undermines an attractive feature of the tool, according to NRDC’s Hale. PACE programs use private capital, not government dollars, to fund renewable energy and retrofits, because cities and counties that use PACE sell municipal bonds on secondary markets (which in turn gives them more money to fund more property improvements). “Junior” assessments would be much less appealing to bond buyers, said Hale.

Given the pressure Fannie and Freddie are facing from multiple directions, PACE backers figure the lending institutions will propose a resolution eventually.

“They’re kind of reeling and, I think, blindly reacting to this without reasoned consideration,” Hale said. “They’re just very nervous as institutions right now. They’ve been through a very difficult time in the mortgage industry.”

The companies have faced a political pummeling for their role in the mortgage crisis and the $145 billion bailout they required. Last week, they were ordered to leave the New York Stock Exchange, which sent their stock to new lows. In short, they need friends, not more enemies.

“This is an opportunity for them to demonstrate an active role in working an additional public good,” said Browning.

“They could really cast themselves in a positive light if they came out and worked hard to figure out how to address a national priority,” said Hale.

Buildings account for nearly 40 percent of the nation’s global-warming emissions and energy use, so retrofits and clean-energy installations that save money and create jobs have been a top priority for the movement to green the economy.

But the suspension has already done damage by killing momentum for fledgling PACE programs and shaking consumer confidence in them, according to Cotter of Luminalt.

“It takes a while for people to feel comfortable with something that’s new,” she said. “It’s particularly difficult for homeowners, in this market, to be willing to make commitments, unless they feel really confident about things being delivered. When [a program] starts and stops, it does damage beyond just the immediate damage of losing jobs. It creates this uncertainty, in an already uncertain market, which is really unfortunate.”

This story was produced by Grist for the Climate Desk collaboration.