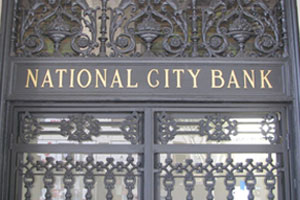 Pledging to “take on special interests” is a time-honored tradition in American politics. It’s easy because everyone hates “special interests” and safe because “special interest” can refer to just about anything. John Kasich, the former GOP congressman and Lehman Brothers banker who’s running against Ohio Gov. Ted Strickland, knows all this. That’s presumably why he’s promoting his latest ad with this text:

Ted Strickland’s most reliable special interest allies—the labor unions—came to his defense last week with almost $1 million in negative attack ads against me. It’s further proof that Ted Strickland’s complete lack of accomplishment leaves him no other option but to attack and smear.

So, while Ted Strickland’s campaign is benefiting from almost $1 million in negative attacks paid for by special interests, you might be interested to hear what I have to say about special interests by clicking here.

The message is clear: Ted Strickland’s union allies are special interests, and John Kasich is going to stand up to them. But if unions are Ohio Gov. Ted Strickland’s “most reliable special interest allies,” who’s backing Kasich? Well, we do know that when he was a congressman, big financial firms and pharmaceutical companies dominated the list of his largest donors. You can review Kasich’s current contributors here—it’s more of the same. (Strickland’s are here.) But I want to focus on one donor in Kasich’s congressional career and how a single vote Kasich took affected that donor and the state of Ohio.

National City Corp (a.k.a. NatCity), was a giant subprime lender and Kasich’s third largest donor during his second final term in Congress (1999-2000). As the Cleveland-based company imploded in 2008, it announced plans to cut 15 percent of its workforce (about 4,000 jobs) before being bought by PNC Bank with the help of several billion dollars in taxpayer assistance.

The PNC acquisition led to more cuts, as the Pittsburgh-based bank didn’t need another headquarters in Cleveland. Kasich blames Strickland for those lost jobs, but the truth is more complicated. While in Congress, Kasich voted for “Foreclosure” Phil Gramm‘s Commodity Futures Modernization Act, a bill that helped make possible the explosion of “synthetic CDOs,” credit default swaps, and the subprime mortgage market in general. (UBS, the giant Swiss bank that later hired Gramm, was Kasich’s number-one donor in 2000.) Big banks like NatCity and UBS supported the CFMA because it allowed them to get more involved with the then-lucrative subprime mortgage market. By 2006, NatCity was almost entirely focused on subprime lending. By late 2008, one of Cleveland’s oldest institutions was no more.

The point is that all this talk about “taking on special interests” is silly. In his ad, Kasich says “you can’t be in a position where somebody’s your buddy so that you give them something special.” But unless campaigns are publicly funded (or funded by very small contributions from individuals), you can never know for sure that a donation isn’t influencing a politician’s decisions. If NatCity and UBS hadn’t given Kasich all that money, he might still have voted for the CFMA. Or maybe he wouldn’t have. We don’t really know. What we do know is that donors aren’t stupid. Unions give Strickland money because they think he’ll do right by them and their members. And bankers and pharmaceutical companies give Kasich money because they believe he’ll deliver for them. And if you believe otherwise, well, I have some old NatCity subprime loans to sell you.

UPDATE: Anonymous makes some good points in the comments. Yes, Strickland voted for CFMA, too. But the point of the post isn’t that Kasich is responsible for the collapse of NatCity. He’s not, and I didn’t say he was. That would be ridiculous. The point is that one man’s “special interest” is another man’s key supporter, and that the “special interest” attack is a meaningless cheap shot. The side point about NatCity is that Kasich’s blaming Strickland for all the lost jobs in Ohio is silly—the financial crisis was a huge event with many, interconnected causes. As I said, things are “more complicated” than Kasich claims.

I also corrected the error about 1999-2000 being Kasich’s “second” term in Congress, which was really stupid. Sorry—don’t know how that happened.