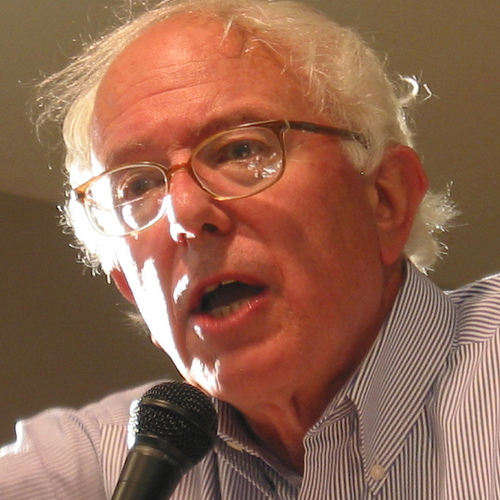 A White House huddle with senators on energy and climate policy was canceled this morning, as the president is now slated to meet with rogue General Stanley McChrystal. This leaves the Senate no closer to a decision on energy and climate policy than it was last week following a Democratic caucus meeting on the subject. It’s still not clear what the energy package will look like and whether it will include a cap on carbon dioxide.

Now, one of the Senate’s most liberal members is getting fed up with the pussy-footing on energy. Sen. Bernie Sanders (I-Vt.) pressed Majority Leader Harry Reid (D-Nev.) on the subject yesterday, arguing that the legislation on the table so far is “by no means strong enough.”

In a letter to Reid, Sanders argued that any legislation responding to the Gulf oil disaster should do more to move the US away from fossil fuels. It “makes no sense at all” to use energy and climate legislation to promote coal and nuclear power, he wrote. His letter calls for an $8 billion to $13 billion a year investment in renewables, a ban on new offshore drilling, and a national renewable energy standard that would require 25 percent of energy to come from renewable sources by 2025.

“If we are serious about combating global warming, moving to energy independence and creating millions of jobs in the future, we must transform our energy system away from fossil fuels,” Sanders wrote. “At the very least, any serious energy bill must include funding for energy efficiency and sustainable energy that is on a par with the amounts provided for nuclear and coal.”

The Senate is still expected to take up a package after the July 4th recess. At this point, what the Senate’s energy package looks like depends a lot on what the White House has to say about it, and that’s a major unknown. “I think it’s pretty clear we have to do something; the question is, what do we do?” Reid (D-Nev.) told reporters yesterday. “And a lot of that depends on what the White House is going to do to help us get something done.”