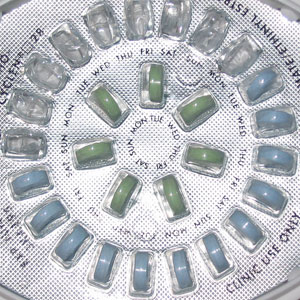 Unwilling to concede defeat after the passage of health care reform, conservative activists are now trying to restrict women’s access to contraceptives. The new health care law could require employers and insurers to offer contraceptives at no cost to patients, depending on how the Obama administration writes the regulations. As The Daily Beast‘s Dana Goldstein points out, 27 states right now require insurance companies to cover birth control, but the health law could require all 50 states (and D.C.) to offer prescription contraceptive without co-pays. The impending change has conservative groups up in arms:

Now the Heritage Foundation and the National Abstinence Education Association say they plan to join the U.S. Conference of Catholic Bishops in resisting implementation of the new provisions.

The conservative groups are particularly worried that a birth control coverage mandate could include teenage girls and young women covered under their parents’ health insurance plans. “People who are insured don’t want to pay for services they don’t need or to which they have moral objections,” said Chuck Donovan, senior researcher at the Heritage Foundation. “Parents want to have a say over what’s covered and what’s not for their children.”

As Goldstein points out, there is overwhelming public support for contraceptive coverage. If conservative activists truly wanted to reduce the number of abortions in the US (not to mention the teen pregnancy rate), contraceptive coverage would be a common sense no-brainer. (It would also be an obvious and effective way to reduce health-care costs, as Monica Potts notes.) Unfortunately, the the anti-contraceptive, pro-abstinence-only lobby is still making itself felt in Washington: activists successfully lobbied to include even more funding for abstinence-only education under the new health law, despite mounting evidence that such programs are ineffective.

Thankfully, it’s harder to lobby federal agencies than members of Congress, and conservatives’ protestations may be more bark than bite. Reproductive rights and women’s health advocates fought hard for this provision, which is intended to ensure that women don’t pay more for preventative health services than men. Contraceptive coverage would be a significant step towards achieving such health parity.