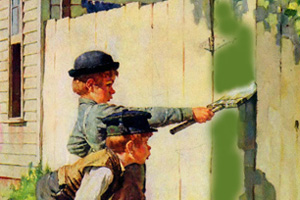 This morning’s Washington Post reports on efforts in Congress to strengthen regulation of oil companies.

Two key Senate committees approved legislation Wednesday that would change the way the federal government regulates offshore oil drilling and penalizes companies for oil spills…Both measures passed on bipartisan voice votes. One approved by the Energy and Natural Resources Committee would raise the civil and criminal penalties for a spill, require more safety equipment redundancies, boost the number of federal safety inspectors and demand additional precautions for deep-water drilling. The other, passed by the Environment and Public Works Committee, would remove oil companies’ $75 million liability limit and retroactively remove the liability cap for BP and the Deepwater Horizon explosion.

The Post says that these measures demonstrate “lawmakers’ eagerness to respond to the disaster in the Gulf of Mexico.” They might more accurately say that the measures demonstrate lawmakers’ eagerness to look like they are responding to the disaster. In the real world, the proposed measures will serve mostly as election-year greenwashing, with little genuine impact.

Just about everyone at this point knows that liability awards will be determined not in the hallowed halls of Congress, but by knock-down, drag-out court fights. More safety precautions can gradually be rolled back or ignored, just as the current safety regulations were in the years leading up to the BP spill. And none of this goes to the basic dilemma of whether drilling at these depths should be allowed at all, when the dangers are so great and the stakes so high. Members of Congress can see the heat the White House has gotten for daring (in an uncharacteristic move) to impose even a partial moratorium on deepwater drilling: a federal judge declared the move illegal, while right-wingers attacked it as something just short of a Communistic plot to destroy the nation’s economy. As long as Congress tinkers around the edges of the issue, they can avoid the explosive core. As a character in a famous Italian political novel once said, “If we want everything to stay the same, everything must change.”

Let’s talk about the overriding fact that no one, apparently, sees fit to mention: The great bulk of our domestic oil lies in public domain territory along the outer-continental shelf of the United States. Since it is already owned by the public, and is supposed to be held in trust for our well-being, the threat of “nationalizing” oil is nothing more than a strawman. Oil is already nationalized in the United States—it is owned by the nation, and by the people. But we have basically turned over this huge asset to the energy industry, especially the oil and gas companies. We have done this through a huge system of undervalued, underregulated leases that give companies a free hand to exploit the wealth of the public domain. And we have placed the disposition and oversight of this valuable resource in the hands of the federal Interior Department, with its long history of connivance with the extractive industries.

In sum, the citizens of the United States have given over the greatest natural resource wealth of our nation to private business interests—who naturally run it for their own profit, rather than for the public good. In return, we have demanded virtually nothing. And the little we have demanded—the most basic of safety precautions, the most modest of demands for fair pricing—have been ignored and derided by companies that regularly top the Global 500 list for profitability.

Keep in mind that these are not the mythological “Main Street” American business interests, the scrappy entrepreneurial spirits so beloved by conservatives and libertarians alike. These are not hundreds and thousands of little companies duking it out in the free market. They’re a few big multinational companies, whose hold on the world’s energy resources dates back a hundred years or more. They operate in secret through cartels to determine how these resources are parceled out, priced, and used.

One of many obstacles to any real change in this system is the absence of transparency and reliable information. For example, the oil companies, not the government, have been tasked with mapping oil and gas reserves on the public domain. This stands in the way of any real public scrutiny, and any impartial scientific judgement on how to administer the public trust. It also serves to obscure from view the massive ripoff that constitutes the leasing system. Historically, disagreements over this system—over whether reserves are over- or under-estimated, details of environmental impacts, disputes over fair costs—all have come down to information.

In the last energy crisis in the 1970s, I wrote a book called New Energy together with Bettina Conner, a colleague at the Institute for Policy Studies. At that time, there was a move in Congress to make knowledge of oil reserves transparent. My book includes an excerpt from the Joint Economic Committee of the Congress in its investigation of the energy crisis in 1974. That report said:

The lack of accurate,well-analyzed data regarding energy sources and uses has placed the United States government in a ludicrous position.When those officials directly charged with administering energy policy are unable to determine accurately the extent of the present fuel shortage or to estimate reliably its potential impact on the economy. Nor can they determine fuel production costs with anything approaching the degree of accuracy necessary to administer the price control program.The government knows almost nothing about the extent of the vast mineral fuel resources contained in public lands. Tax policy formulation is hampered by the lack of analysis of existing special tax provisos for mineral fuel extraction and consequent ignorance of their impact.

William Simon, Nixon’s administrator of the Federal Energy Office, acknowledged the situation before the joint economic committee in January 1974 when he declared, “Let me say right at the outset that there has never been in existence an adequate energy data system…Today and in the years ahead we need better data on everything from reserves to refinery operations to inventories…Data we can check, verify, and cross check.”

Despite all the study and debate, the Congress never did anything to remedy the situation. The late Wisconsin Democratic senator Gaylord Nelson introduced legislation to create independent public libraries of basic information. Under his bill, failure to make public such details would make officials liable to prison sentences and fines. The legislation was bottled up in committee and died a silent death at the hands of powerful energy interests in Congress.

Then there was a move to establish a Federal Energy Corporation to conduct research on alternative energy and new uses of fossil fuels. This Federal Energy Corporation would have been empowered to gather and decipher data on oil and gas holdings, and even produce a limited amount of oil and gas itself, for our strategic reserve. The government would control no more than 20 percent of total oil from public territories offered for leasing, and would be a supplier of last resort. In effect,it would act as a yardstick against which to measure the private petroleum industry. It would be a hedge against the unrestrained power of this industry, which periodically gouges the American public at the pump, even though the public owns the very oil and gas it is buying from these companies. Needless to say, that initiative, too, died a sudden death.

In the 1970s these measures may have failed; today they would never even be proposed. Set against the national debate that took place four decades ago, the current discussion in Congress and the proposed remedies, the passive stance of Obama and his administration, are extraordinary. It seems like our members of Congress don’t know recent American history—or, when it comes to the older members, even remember it. But they seem to know, by instinct, well that adage from the Italian novel: “If we want everything to stay the same, everything must change.”

This post first appeared on the Unsilent Generation blog.