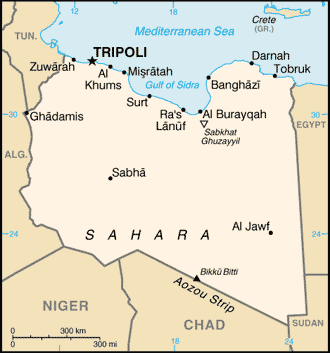 The Democratic senators from New York and New Jersey are now calling on BP to suspend drilling operations in Libya’s Gulf of Sidra until an investigation can be completed into whether the company pushed for the release of a convicted terrorist in order to seal a major oil deal.

Robert Menendez (D-NJ) decried the release last August of Lockerbie bomber Abdelbaset al-Megrahi a “moral outrage” at a press conference on Wednesday. Megrahi is the only person who has been convicted of the Pan Am Flight 103 bombing that killed 270 people in 1988. BP has admitted that it lobbied for a prisoner exchange—they have just not said which prisoners. Now Menendez and three other senators have called on the State Department and the British government to investigate precisely what role BP may have played in negotiating his release, as the company has since admitted that they pushed for a prisoner transfer to help ensure the $900 million oil deal went through. In recent weeks, one of the doctors who gave the dire prognosis for Megrahi that led to his release from a Scottish prison has come forward to say that the Libyan government paid him to make that determination. He now says Megrahi may live for another 10 years, and there are rumors that he has secured a book deal.

“If BP is found to have gained access to Libyan oil reserves by using a mass murderer as a bargaining chip, then make no mistake, any money it makes off that oil is blood money,” said Menendez.

Chuck Schumer (D-NY) said: “Until this deal is properly investigated, this project off the coast of Libya should not break ground. If BP is dealing in good faith, it should cooperate with this investigation.”

A top UK official has acknowledged that oil interests played “a very big part” in his release—and in securing BP’s big deal. The senators argue that the Megrahi example, and the overarching issue of a private company using a business deal to sway the justice system, presents a national security concern. The case “undermines our ability to hold international terrorists accountable,” said Sen. Kirsten Gillibrand (D-NY).

The State Department has yet to formally responded to the request for an investigation, and the agency has not responded to a request for comment. BP, meanwhile, is expected to start drilling in the Gulf of Sidra next month.