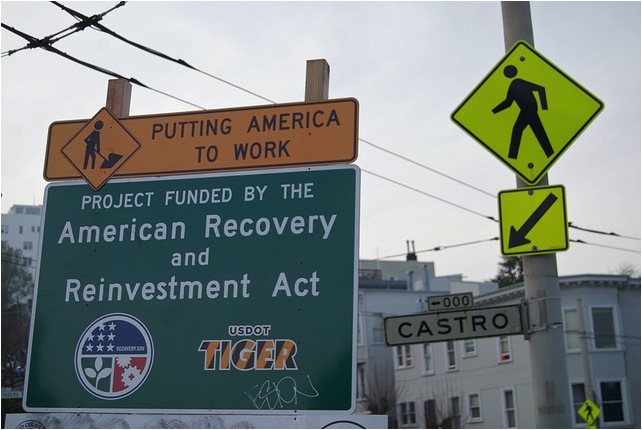 For the US economy, the bad news keeps piling up, like that 60-mile, 11-day-long Chinese mega-traffic jam.

Sales of existing homes sank to a 15-year-low in July, the National Association of Realtors announced on Tuesday. The 27 percent drop surprised already pessimistic housing experts—a group of economists had told Dow Jones Newswires they expected sales to fall by just 14.3 percent. “The report shows the housing industry has hit more turbulence, is not leveling off, and is worried about a nose-dive,” Mitchell Hochberg, who works for Madden Real Estate Ventures, told Dow Jones.

The grim news from the housing market comes at the heels of a startling uptick in the number of Americans applying for state jobless benefits for the first time. For the week of August 10-14, claims rose by 12,000 to 500,000, the Labor Department reported, marking the highest level since mid-November of last year, not long after the recession technically “ended.” The increase in initial claims is indicative of a stagnant labor market and a 9.5 percent unemployment rate (and, for those of you keeping track, a real unemployment rate of 16.5 percent) that shows no sign of decreasing as the Obama administration’s stimulus efforts start to wind down.

So what to make of all this grim news? Has the economic recovery temporarily stalled? Are we headed for a double-dip recession—or worse?

That, of course, depends on whom you ask. In the past few days, though, a chorus of economists have voiced increasingly pessimistic views on where the economy is headed. Mark Zandi, chief economist at Moody’s Analytics and a former McCain aide, said on Monday that the housing market was headed for a “double-dip” of its own as the last effects of the federal government’s first-time homebuyer tax credit finally escape the housing market. “We probably, almost assuredly, will experience more house price declines,” Zandi told CNBC. “By those two criteria, I think that would qualify as a double dip.”

The chance of that housing double dip spreading to the economy as a whole in increasing, says Charles Evans, president of the Chicago Federal Reserve. Evans didn’t say outright that a double-dip is nigh—indeed, Evans suggested a tepid recovery of sorts was still likely—but his outlook was gloomy. “A double dip is not the most likely outcome, but I am concerned about how strong the recovery will be,” he said.

What’s left of the recovery, that is. Josh Bivens, an economist with the Economic Policy Institute, says the latest data show that “at best, the economic growth is decelerating.” The history of past booms and busts indicate that most recoveries begin ramping up at this point, but the current US’ rebound is withering away, with the stimulus having all but run its course and billions of dollars in federal homeowner relief programs having little effect. “We’re really looking at the economy downshifting pretty severely just as a lot of this support ends,” Bivens said.

Then there are the pure pessimists. Economist David Rosenberg of Gluskin Sheff, an international investment firm, recently likened the economy’s current state to Depression of the 1930s. In an investors briefing, Rosenberg described today’s “overall economic malaise” as “a depression, and not just some garden-variety recession.” He cited a 1930 stock rally and increases in the US’ gross domestic product during the Great Depression—both of which we’ve seen in the past year or so. “We may well be reliving history here,” Rosenberg wrote.

Dean Baker, who co-directs the Center for Economic and Policy Research in Washington, says warnings of a new depression miss the mark. “It’s kind of silly because the 1930s wasn’t just an event; it was a decade of policy failure,” Baker says. What does worry Baker is the US’ depressingly low economic growth in recent months—and the scant evidence that a rebound is imminent. “With the stimulus peaking out and beginning to wear off,” Baker says, “we’re going into end of the year with really low growth.” The solution, according to Baker? “We need a lot more money, probably need another stimulus bigger than the first one.” (The Congressional Budget Office, it’s worth noting, said on Tuesday that the stimulus boosted GDP by between 1.7 and 4.5 percent in second quarter of 2010.) If the government fails to act, for political reasons or otherwise, it’ll be policymakers who’ll shoulder the blame, Baker says. If economic growth in the US does turn negative, he adds, “that’s not something that happens to you; it’s something that you do to yourself.”