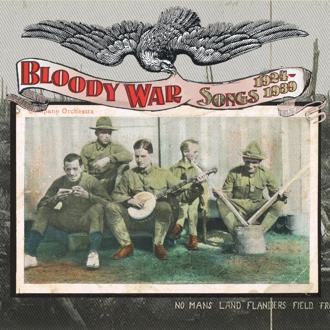 After a mysterious explosion on February 15, 1898, sent the USS Maine to the bottom of Havana Harbor, killing 260 men, the ship’s captain Charles Sigsbee wrote a telegram to Washington reporting the incident. The last line read: PUBLIC OPINION SHOULD BE SUSPENDED UNTIL FURTHER REPORT.

Relations with the Spanish had been deteriorating, and Sigsbee wanted to prevent the US from prematurely blaming Spain for the explosion. But he must have known his request was an impossible one. At the time, Joseph Pulitzer and William Randolph Hearst were at the height of their battle for newspaper superiority, and had already been printing sensationalized articles to fuel public animosity toward the Spanish. Sure enough, news of a Spanish attack soon filled the papers. Two months later, Congress declared war.

There has never been any definitive explanation of the explosion that sank the USS Maine. Some told it as a tale of American conspiracy. They claimed the US intentionally sank the ship, making it look like an attack in order to justify a war. Others saw it as a covert Spanish operation. In either case, the Spanish-American War became, as one 1898 song put it, “all about that battleship of Maine.”

Like each of the fifteen tracks included on Bloody War: Songs 1924-1939, a new compilation of fuzzy recordings of songs about the Civil War, Spanish-American War, and World War I, “The Battleship of Maine” (listen by clicking on the button up above) reflects the particular wartime mood from the period it was penned. Yellow journalism, conspiracy theories, patriots and warmongers provide the backdrop for a story about a soldier stumbling haphazardly through a war he doesn’t seem to understand, telling the listener that the supposed justification for his woes is the sinking of the Maine:

When they were a-chasing me,
I fell down on my knees,
First thing I cast my eyes upon
Was a great big pot of peas,
It was all about that battleship of Maine.

The peas they were greasy,
The meat it was fat,
The boys was fighting Spaniards
While I was fighting that,
It was all about that battleship of Maine.

The song, performed here by Red Patterson’s Piedmont Log Rollers, is often considered to be anti-war. But another version features a brave soldier, honored to stick his neck out for his country, oddly enough reminding us with the same refrain: it’s “all about the battleship of Maine.” That the same song would be sung by both sides seems only fitting to describe a conflict that was both justified and criticized by the public for being started over the same event.

The rest of Bloody War is shaped similarly by the idiosyncrasies of its time. There is the World War I song “The Rainbow Division” by county singers Darby & Tarlton, about life in the 42nd Infantry, which contained soldiers from so many US states that Douglas MacArthur once quipped, it “will stretch over the country like a rainbow.” And then there is the title track, “Bloody War,” By Jimmy Yates’ Boll Weevils, that tells the now all-too-familiar story of a hapless youngster going off to war (“I was a simple county boy, I lived out on the “far-um / I never even killed a flea or done nobody har-um/ Bloody war, oh bloody war”). With a short history of each song included in the liner notes, Bloody War serves as a testament to the strangeness of wars that, after listening to the album all the way through, seem, for better or worse, to be always all about the battleship of Maine.