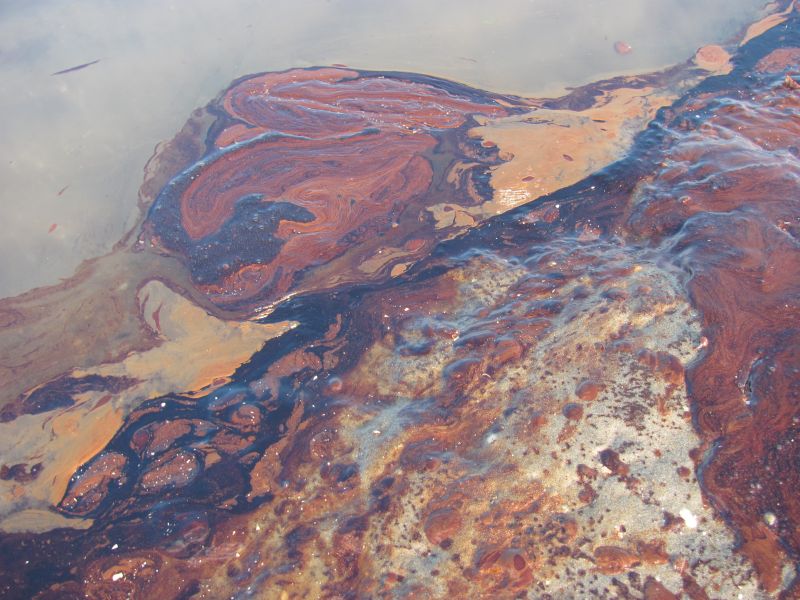 A new simulation of oil and methane leaked into the Gulf of Mexico suggests that deep hypoxic zones, also known as dead zones, could form near the source of the pollution. The research is detailed in a scientific paper in press with Geophysical Research Letters. Dead zones occur where oxygen levels have dropped blow the threshold to support most marine life.

Scientists at the National Oceanic and Atmospheric Administration and Princeton University investigated five scenarios of oil and methane plumes at different depths and incorporated an estimated flow rate from the Deepwater Horizon spill. The simulations reveal that ocean hypoxia or toxic concentrations of dissolved oil arising from the Deepwater Horizon blowout are likely to be significant in the northern Gulf of Mexico.

According to their simulations, the dead zones will be peaking this October. Thereafter the oxygen drawdown will slowly dissipate as the polluted water is mixed with Gulf waters that aren’t polluted. The simulations predict it will take a couple of years before the dead zones completely dissipate.

You can watch some informative animations of the simulations here.

The study was carried out when the flow rate from the Deepwater Horizon spill was still underestimated. But the simulated leak lasted longer than the actual spill. Consequently, the paper’s authors believe the overall impact on oxygen will be about the same.

As I wrote in BP’s Deep Secrets, the last thing the Gulf of Mexico needs is anymore dead zones. It’s already home to the second largest dead zone on Earth, a side-effect of fertilizer overuse in North America’s breadbasket.