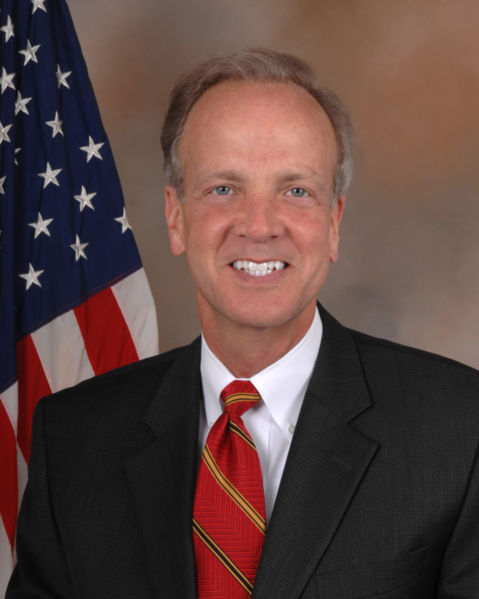 Up against an opponent with backing from Kansas’ tea partiers, Moran’s campaign won the primary by bolstering his conservative record and carefully courting the party’s moderate wing. Tiahrt took the opposite approach, and sought out the state’s most socially conservative voters. He scored endorsements from former Alaska Gov. Sarah Palin, former Bush administration advisor Karl Rove, Fox News host Sean Hannity, and conservative organizer Phyliss Schlaffly, among others. That list of conservative luminaries, though, couldn’t save Tiahrt, who lost the Republican primary Tuesday night by 5 points.

Kansas political consultant Jeff Roe considers Moran “a common-sense, conservative, plain spoken man for western Kansas” and Tiahrt “a touch more idealogue, from Witchita, with an aggressive posture and base.” Not that Moran was particularly timid on the campaign trail. In televised debates and on one TV spot, he accused Tiahrt of supporting “amnesty for illegals” based on Tiahrt’s co-sponsorship of bills seeking deportation protection and lower college tuition for undocumented immigrant students.

Tiahrt, meanwhile, branded Moran a watered-down moderate. In one well-publicized commercial, a former hostage whom terrorists held captive in the Philippines for more than a year endorses Tiahrt while an off-camera voice suggests Moran supported constitutional rights for terrorists. One of Tiahrt’s most punishing jabs at Moran came in late June from surrogate and supporter Karl Rove, who accused Moran of trying to barter a vote for a 2001 fundraiser. (Moran and his staff emphatically denied the claim.)

The most recent polls showed Moran slightly ahead of Tiahrt entering Tuesday’s contest, but this was a lead he held in terms of geography and fundraising from the beginning. Tiahrt’s home district in south-central Kansas has about 168,000 registered Republicans, the smallest Republican registration for any House district in Kansas. Moran’s sprawling district, which covers parts of western and central Kansas, has more than 203,000 registered GOP faithful. Moran also raised more money than Tiahrt in one of the most expensive races in the state’s history; together, the candidates spent more than $5 million.

This November, Moran will square off against Lisa Johnston in a contest to succeed Sen. Sam Brownback. However, Johnston, the winner of Tuesday’s Democratic nomination for Senate and an assistant dean at Baker University, stands little chance against her Republican opponent. Kansas has been electing Republican senators for the nearly 80 years, and Tuesday’s win is a near assurance that Moran will continue that GOP streak this fall.