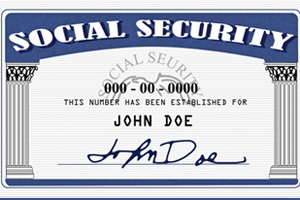 At the heart of the right-wing attack on the new health care law’s individual mandate is the fact that law has the potential to become like Social Security, a popular entitlement that is an integral part of the American social fabric. Whether that promise is realized depends on no small measure on whether Congress will make improvements over time in the health care law to assure that health coverage is affordable.

If Social Security was the crowning achievement of the New Deal, health care was its greatest missed opportunity. FDR decided not to include health insurance in the retirement insurance measure for fear that opposition by the American Medical Association would end up sinking the whole package. Now 75 years after Social Security became law, the nation has finally enacted a legal promise to make health coverage affordable. It’s worth taking a look at the trajectory that Social Security took after its passage in order to understand the biggest challenge facing the health care law.

The history of Social Security after it became law was a great comfort to those of us who watched as the health care bill was continually weakened during the Congressional debate. It’s easy to forget now just how limited Social Security was when it first was enacted. The Act included meager payments to a limited set of workers and left out job categories that included most women and minorities. The NAACP said that it was “a sieve with holes just big enough for the majority of Negroes to fall through.” However, over the next 15 years Social Security was expanded to include surviving spouses and dependent children. Jobs that were dominated by women and people of color were added. The miserly benefits were enhanced over time too but it wasn’t until 1972 that cost of living adjustments became automatic.

Despite its original weaknesses, as Social Security was implemented an increasing number of Americans felt like they owned it and would benefit from it.

While unlike Social Security, the Affordable Care Act is not a social insurance program in which everyone is covered under one program, it does have features that will make it feel more like a social insurance program than is obvious at first glance. To start with, every legal US resident will be required to get coverage, either at work or through government subsidized insurance. People who are poor or near poor will be covered by Medicaid. Millions of low-and-middle-income people who don’t get coverage at work will be eligible for income-based subsidies from the federal government to buy health insurance, collected through the IRS. As the system is implemented and becomes familiar, it will become expected that everyone will get health coverage and that the government will either provide it or pay for a portion of the coverage. When the subsidies and mandates kick in, starting in 2014, millions of people will have a new government benefit, creating a popular new entitlement. No wonder the right is pushing hard now for repeal.

The rightwing attack on the new law is focused on the individual mandate, which exposes the law’s biggest shortcoming. While for most people the subsidies will enable them to afford health coverage, there will be some middle-income people who will be required to pay more they than they can afford in premiums, even after receiving a subsidy. As a result, there will be political pressure on Congress to improve the subsidies, as people are required to pay high premiums or pay a fine (and still remain uninsured).

If Congress responds by improving the subsidies so that all families can afford the mandated coverage, then the Affordable Care Act will realize its promise of close to universal coverage and will come to enjoy broad popular support. The need to finance affordable subsidies is also likely to drive other potential improvements in the law, including money-saving measures that would challenge the role of private insurers, such as greater reliance on integrated health delivery systems and establishing a public health insurance option.

If instead, Congress keeps in place requirements that some families pay more than they can afford for coverage, there may be a backlash against the law. Under these circumstances, Congress will feel pressure to end the individual mandate as over time, as more and more families could again see health coverage priced out of their reach.

My bet is that when the time comes, Congress will act to be sure that all families can afford coverage. Doing so has a clear political advantage, increasing the number of Americans who feel that government is delivering a benefit that is essential to their well being. Just like Social Security.

As we look back at 75 years of Social Security from the vantage point of year one of health care reform, history teaches us to be optimistic that we can build on a modest beginning, if we keep fighting to improve what we’ve started.

This story first appeared on the New Deal 2.0 website.