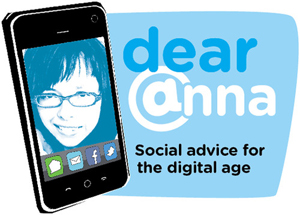 Ladies, how many times has an anonymous troll on the internet told you to “make him a sandwich” in response to even the most vaguely female-related post or comment? As the social media maven for Mother Jones, the answer to that question for me is A LOT. In fact, it seems these days you can’t throw a whale out of a window without it landing on a sexist tweeter. What to do? My newly-launched social media advice column at SF Weekly, Dear @nna, tackles how to deal with sexism in the penis party known as Digg. Excerpt:

The worst thing about Pigg users is they have all the time in the world to fight with you on the Internet. It’s impossible to have a thoughtful argument with someone who plays World of Warcraft for eight hours a day. Such trolls don’t deserve your time. Pity or block them if you must. But while public shaming has its merits, it will also likely incite more hatefulness. Also, Digg isn’t exactly a space for starting a dialogue on the hypocrisy of religious fundamentalism (or equivalent Serious Issue), it’s for sharing articles on Steven Seagal’s new energy drink, open source software that you can jerk off to, and the revelatory details of Tiger Woods’ divorce.

Read the rest at SF Weekly. Got social media etiquette questions for future columns? Leave them below in comments.