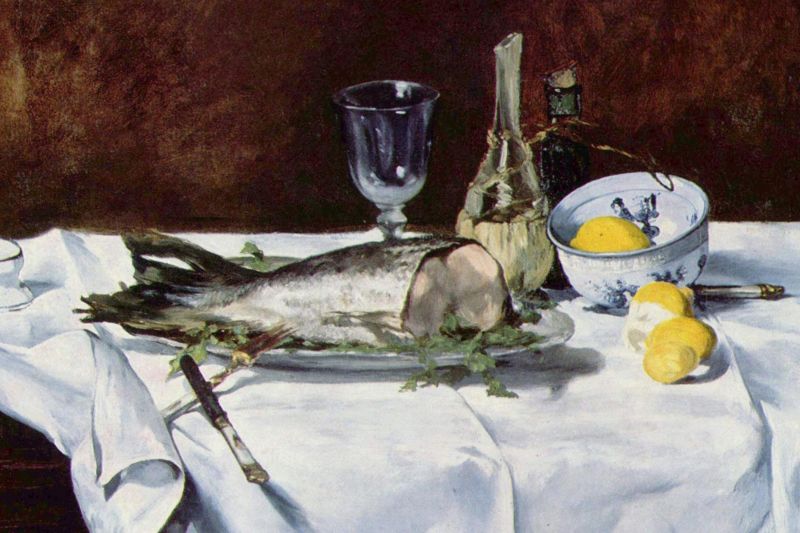 You’ve probably heard that the FDA is considering whether to approve the first-ever genetically-engineered fish. Developed by a Massachusetts-based company called AquaBounty Technologies, this new supersalmon is basically an Atlantic salmon with genes from Chinook salmon and a fish called the ocean pout. In theory, this could be a good thing: The new genes allow the fish, called AquAdvantage, to grow twice as fast as regular salmon, meaning more salmon for everyone, and less stress on wild stocks.

But a number of consumer, health, and environmental groups say that neither AquaBounty Technologies nor the FDA has enough evidence to ensure the public that the fish—which wouldn’t have to be labeled as genetically engineered (GE) on supermarket shelves—is safe for people or the planet. Consumers Union senior scientist Michael Hansen called the company’s food safety tests “woefully incomplete,” and the group pointed out that the FDA approval panel is mostly comprised of GE cheerleaders, with no fish ecologists or allergists. Why’s an allergist important? Because the company’s own tests suggest that the new salmon could be much more allergenic than regular salmon.

In order to understand the allergy tests, a bit of backstory on how AquAdvantage salmon are made is necessary. First, genetic engineers create a “diploid” fish, meaning like people, it has two sets of chromosomes. Then, to make the final market product, they add genetic material from other fish and breed a new salmon with three sets of chromosomes—a “triploid” female that can’t reproduce. AquaBounty researchers compared the allergenicity—or potential to cause an allergic reaction—of a control group of salmon to both the genetically engineered diploids and triploids. They found (PDF, see page 102) that the diploid salmon were 40 percent more allergenic than the control, while the triploid group was 19 percent more allergenic.

AquaBounty says that the triploids’ allergenicity level wasn’t statistically significant, and although the diploids’ level is significant, it doesn’t matter because only triploids will be sold. But Hansen of the Consumers Union finds a few problems with this argument. For starters, the test wasn’t double blind, meaning the researchers knew which fish were part of which test group. Second, the sample size of triploid fish was tiny—only six fish in all. Third, although AquaBounty is going to try to turn all its market-bound fish into triploid sterile females, the process isn’t perfect, and some 5 percent could end up as the more allergenic diploid. Especially scary when you consider that unlike the triploids, the diploids aren’t sterile. So if they escaped, they could breed with wild salmon.

The FDA simply doesn’t have enough information to determine whether AquaBounty’s salmon are likely to cause more allergic reactions than their non-GE counterparts. But there is good reason to be concerned about the potential allergenicity of all GE foods, says Margaret Mellon, director of the scientist Union of Concerned Scientsts’ Food and Environment Program. “You have this technology that allows you to essentially move proteins around from food to food,” she says. “You can move a highly allergenic protein into a new food, and no one will know to avoid the new food.”

a 1996 study published in the New England Journal of Medicine found that people who were allergic to Brazil nuts were also allergic to soy beans that had been implanted with a Brazil nut protein. There is also some evidence that even proteins don’t usually cause allergies can become allergenic when they are moved to a new food. A 2005 Australian study found that mice who were fed peas containing a typically non-allergenic protein from kidney beans experienced allergic reactions.

Another worry is that potentially allergenic GE crops might “escape” into foods. In the late ’90s, the pharmaceutical giant Aventis introduced StarLink, a genetically engineered variety of corn. StarLink was approved for sale in the US, but only for non-food uses, since it contained a potentially allergenic protein. But then, traces of it started turning up in food (most famously, Taco Bell taco shells), and 28 people claimed they had suffered allergic reactions to foods containing StarLink. Although the CDC later found no medical evidence that any of those people had an allergy to the corn, an EPA advisory panel acknowledged that the CDC’s tests did “not eliminate StarLink…protein as a potential cause of allergic symptoms.”

The bottom line: It’s not that genetically engineered foods are inherently more allergenic than traditional foods, but transfering genes does make it more likely that allergens might pop up in unexpected places. “There can be a lot of unintended side effects when you do genetic modification, which means you have to test very carefully,” says Wenonah Hauter, executive director of the watchdog group Food and Water Watch. “In the case of salmon, one test on six fish just seems very insufficient for something that will open the floodgates to other GE meat and fish.”