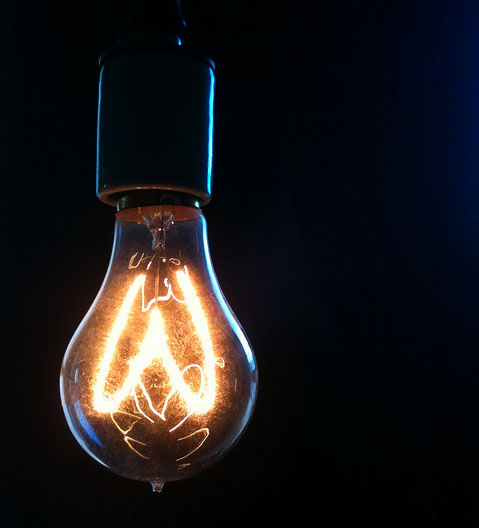 Unemployment remains at record highs. The economy is stuck in a rut. The US is still fighting wars on two fronts and constant threats to security here at home. But the real menace facing America? The looming phase-out of incandescent light bulbs.

That’s the second-biggest threat to life, liberty, and the pursuit of happiness (after healthcare reform)—at least if you’re Erick Erickson. The Red State blogger has launched a campaign to save the old-school bulbs, which, under the 2007 energy bill, are set to begin phasing out in 2012 in favor of more energy-efficient compact florescent bulbs. Erickson wants to “get every Republican out there to pledge their support to saving the incandescent light bulb when they take back Congress.”

In an open letter to House Minority Leader John Boehner, Texas Republican Ted Poe, and other members of the incoming 112th Congress (which, you might note, have not actually been elected), Erickson asks: “If you do only one thing in your time in Washington, and frankly I hope you do only one thing given your propensity to expand government (other than eradicating Obamacare), it is this: SAVE THE LIGHT BULB.”

Now, you may say that this is an exaggeration, and it is a bit, but the incandescent light bulb is the light bulb of choice for millions of Americans. It turns on instantly, it can be tossed in the trash without summoning a hazmat team, and is cheap.

The compact fluorescents cannot be treated that way and cost more. Likewise, we are forced to deal with China for every purchase.

Yes, compact fluorescent bulbs do cost $3 on average (compared to 50 cents for the older bulbs), but they last five years and use 75 percent less electricity than incandescent bulbs, meaning they save money in the long run. That’s the point of the phase-out: there are better options now available. And concerns about disposal of CFLs are vastly overstated.

But this is a matter of liberty for Erickson—the freedom to choose wasteful, inefficient lighting is an American right, darn it. He does have a number of supporters in the GOP. Michele Bachmann (R-Minn.) has made it a personal mission, sponsoring the “Light Bulb Freedom of Choice Act” in 2008, an effort to repeal the phase-out. Bachmann, who thinks global warming is “voodoo, nonsense, hokum, a hoax,” called her bulb crusade “an issue of science over fads and fashions.”

Poe has also been busy working to combat this threat to America. Here’s his 5-minute speech on the floor of the House a few years ago on why light-bulb control is unconstitutional: