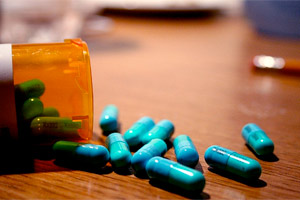 LAST THURSDAY, US and European regulators delivered a major blow to one of the world’s largest drug manufacturers, GlaxoSmithKline. The European Medicines Agency suspended sales of the pharma giant’s multibillion-dollar diabetes drug, Avandia, which has been linked to heart attacks and other cardiac problems, saying that its “benefits…no longer outweigh its risks.” The Food and Drug Administration severely restricted use of the drug to patients for whom there are no other options, stopping short of pulling Avandia off the market.

The fate of Avandia—which one FDA analysis blamed for causing some 83,000 heart attacks—is one part of the story. The other is about how for years GlaxoSmithKline (GSK) buried and downplayed questions about Avandia’s safety. As the lead investigator for Sen. Chuck Grassley (R-Iowa) on the Senate Finance Committee’s investigation into the drug, I spent three years probing Avandia. During that time, my colleagues and I combed through over 250,000 pages of internal GSK documents and interviewed dozens of witnesses and whistleblowers. What emerged was a troubling picture of a company that had placed corporate profits over patient safety. While suppressing inconvenient evidence about the risks of its top-selling drug, the company even began to develop another drug to treat the very side effect Avandia has been linked to.

Here’s what happened: As far back as 2000, GSK had evidence that Avandia causes the body to increase levels of a potentially deadly enzyme. The company’s own researchers have published studies connecting this enzyme to heart disease. But instead of informing patients and doctors, GSK patented a diagnostic test to detect the enzyme and began pouring millions into research to create a new blockbuster drug that would inhibit it, preventing heart attacks. Call it cross-product synergy.

GSK’s actions “reflect a consistent pattern of objectionable behavior,” says Steve Nissen, chairman of the cardiology department at the Cleveland Clinic and a drug safety champion. He adds: “Whenever the company developed evidence of harm from Avandia, they actively sought to conceal this information from physicians and patients. This pattern of deceit has resulted in serious injury or death in 50,000 to 200,000 patients.”

SINCE COMING ON THE MARKET in 1999, Avandia advanced quickly through the pharma rankings, eventually becoming GSK’s top moneymaker. By 2006, the drug was grossing more than $3 billion a year for the firm. Then came a 2007 study published in the New England Journal of Medicine, authored by Nissen, which reported the connection between Avandia and heart problems.

Reacting to Nissen’s research, the FDA assembled a panel of experts in the summer of 2007 to weigh in on Avandia’s safety. The agency ultimately slapped a “black box warning” on the drug’s label, alerting patients and physicians to the risk of heart attacks. Sales began to falter and, in the years that followed, a succession of studies led by independent researchers seemed to confirm Nissen’s conclusions.

In February 2010, the Senate Finance Committee released the results of our investigation—a blistering 342 page report, which concluded that “the totality of evidence suggests that GSK was aware of the possible cardiac risks associated with Avandia years before such evidence became public.” The report included evidence that, as early as 2005, GSK suspected that Avandia caused heart attacks but had withheld this information from physicians and patients.

It turns out that we were probably off by about five years. In May, I learned that there were thousands of potentially relevant documents that the committee had not been privy to, which had been placed under seal in a lawsuit over Avandia. After arguing for weeks with GSK’s lawyers, we pried loose some of these documents. One was particularly significant.

On October 23, 2000, a GSK executive emailed a colleague to discuss internal company data showing that Avandia increased the bad variety of cholesterol, called LDL, and a blood enzyme called Lp-PLA2. These findings raised alarms inside the company. The executive wrote, “We decided to make the results available internally for anyone within [GlaxoSmithKline] who is interested but, until we understood the role of lipids better, not to persue [sic] the results further for the Avandia story.”

GSK had good reason to be concerned about these findings. Days earlier, a team of researchers that included scientists from GSK and diaDexus, a joint venture formed by GSK and the drug development company Incyte, had published a major study in the New England Journal of Medicine reporting that increased levels of Lp-PLA2 “appear to be a strong risk factor for coronary heart disease.” The researchers concluded, “Now that its association with the risk of coronary events is clear, it can become a new therapeutic target.”

Soon thereafter, diaDexus started work on a test to detect the enzyme, while GSK began pouring resources into making a drug to block Lp-PLA2. Meanwhile, GSK kept the public in the dark about Avandia’s possible role in causing this enzyme’s levels to rise.

WEEKS AFTER THE GSK executive discussed burying the results of lipid and enzyme research in Avandia patients, the company released its annual report to investors: “Avandia, our new diabetes treatment had an exceptional year and was the single biggest contributor to the company’s growth in 2000.” The report also mentioned GSK’s clinical development of a promising new “Lp-PLA2 inhibitor” to treat “atherosclerosis”—the narrowing of the arteries that can eventually lead to a heart attack.

DiaDexus, meanwhile, was moving right along in developing its test for Lp-PLA2, which the company dubbed PLAC. In March 2001, the company was granted a patent for the test. And, in June 2005, the FDA ultimately approved it. “The PLAC test provides new information, over and above traditional risk factors, that can guide physicians and patients to make the necessary changes that may prevent patients from suffering cardiovascular disease and events, like stroke and heart attack,” the company’s CEO, Patrick Plewman, told Reuters at the time. He said the company’s test built on GSK’s research and was an example of a fruitful collaboration between the companies. “It allows us to develop diagnostics that may be paired with GlaxoSmithKline products.”

Products like GSK’s new Lp-PLA2 inhibiting drug, Darapladib, which is currently in human trials and could be on the market in a few years.

IN JULY, GSK paid out $460 million to settle lawsuits filed by some 10,000 Avandia patients. Thousands more have lined up to sue GSK over Avandia—and the latest moves by the FDA and its European counterpart are sure to create a feeding frenzy for the plaintiffs’ bar, which has become the de facto regulatory arm of the drug industry. Big Pharma doesn’t fear the toothless FDA—it fears lawsuits. Several million patients around the world still take Avandia, but Nissen and other experts say that the FDA’s ruling means that Avandia will slowly disappear as a treatment here in the United States. No doctor will want to leap through all the paperwork hoops required to prescribe the drug.

Harlan Krumholz, a professor of cardiology at the Yale University School of Medicine, says he’s baffled that the FDA has allowed Avandia to stay on the market. As for GSK, he says the company had a responsibility to warn the public that Avandia caused an increase in an enzyme that its own researchers believed caused heart attacks. “For the privilege of selling their products, companies have an obligation to disclose relevant information to the public,” he says.

The FDA declined to respond to detailed questions about its regulation of Avandia. GSK spokeswoman Mary Anne Rhyne told Mother Jones that the company informed the FDA about the increase in LP-PLA2 in 2003. “There have been numerous clinical studies showing that Avandia does not increase or cause the progression of atherosclerosis,” she said.

Following the announcement by US and European regulators on Thursday, GSK issued a press release stating that the company still believes “Avandia is an important treatment for patients with type 2 diabetes.” It quoted the company’s chief medical officer, Ellen Strahlman, who said, “Our primary concern continues to be patients with type 2 diabetes.” Thousands of Avandia patients would disagree.