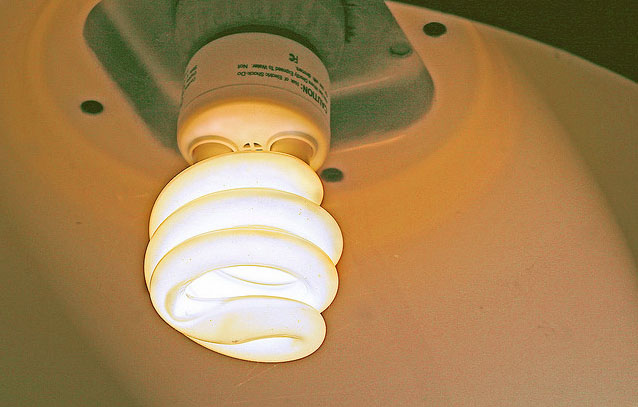 Almost as if on cue, Republicans today signaled the kind of leadership they plan to display on energy matters if they take back the House in November. Following a push from conservative pundits, Rep. Joe Barton (R-Tex.) introduced legislation to preserve your freedom of choice—when it comes to light bulbs at least.

Barton, who could potentially reprise his role as chair of the powerful Energy and Commerce Committee next year if the GOP wins the House, unveiled the “Better Use of Light Bulbs Act” on Friday. Michael Burgess (R-Tex.) and Marsha Blackburn (R-Tenn.) are cosponsoring the measure, which would repeal the phase-out of incandescent bulbs set to begin next year. The phase-out to more energy-efficient lighting was included in the Energy Independence and Security Act of 2007.

The GOP lawmakers claim the looming ban on the old-school bulbs has caused massive layoffs in the bulb sector, which might be a problem, were it true. “The unanticipated consequence of the ’07 act—Washington-mandated layoffs in the middle of a desperate recession—is one of many examples of what happens when politicians and activists think they know better than consumers and workers,” Barton said in a statement. “From the health insurance you’re allowed to have, to the car you can drive, to the light bulbs you can buy, Washington is making too many decisions that are better left to people who work for their own paychecks and earn their own living.”

In his statement, Burgess claims that “thousands of American jobs have been shipped overseas as a direct consequence of this light bulb provision.” But Barton and Burgess ignore the fact that there aren’t a whole lot of jobs making lightbulbs in the US any more, anyway; the US lost the competitive upper-hand on manufacturing the bulbs long ago. The Washington Post had a good piece earlier this month about the closure of the last General Electric bulb plant in the US. While the article does place a significant amount of blame on the energy bill for the decline in jobs, it’s worth noting that there are only 200 jobs left at this plant, and that the US forfeited leadership on this front years ago by failing to adapt to changes in technology. It also fails to note the challenges that the US faces in competing with cheap bulbs from China. Reversing the phase-out isn’t going to change that.

It’s also worth knocking down, yet again, the fears the GOP keeps raising about mercury in the compact fluorescent bulbs. The amount of mercury in the bulbs is not actually that big of a problem‚—whereas the amount of mercury released into the environment by burning coal to power old, inefficient bulbs is a serious concern, one that Republicans have never seemed too worried about.

Last week, National Review blogger Reihan Salam responded to my initial post on the right’s bulb crusade by mostly considering the relative aesthetics of incandescent and compact fluorescent bulbs. I have no problem acknowledging that people might not like CFLs as much as older bulbs, and at least his response doesn’t resort to ginning up fears of an economic doomsday due to the bulb switch. But Salam’s post misses my main point, one that Barton and his colleagues again illustrated so well today, which is that if the GOP is in power next year, the public can expect them to spend time on things like this. This is, of course, time that would be better-spent focusing on restoring the American manufacturing base, creating jobs, and making our economy stronger and more efficient. Instead, GOP leadership plans to waste energy (pun intended) on gimmicks like lightbulb choice.