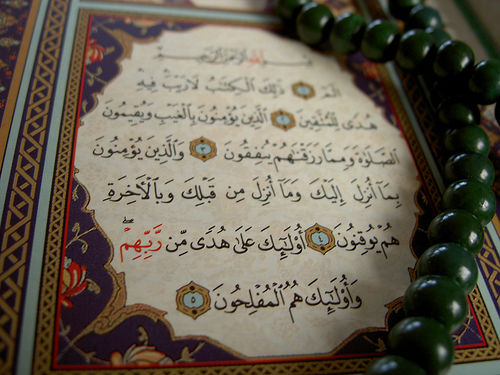 By now, you may have heard of “Burn a Koran Day,” the, ahem, brainchild of Gainesville, Florida-based Dove World Outreach Center and its Islam-hatin’ pastor Terry Jones. (No, not that Terry Jones. Thankfully.) Apparently the pastor is jonesing for some 9/11 headlines, so he’s exhorting his nondenominational Christian flock to show unity on the anniversary of the “attack on America” by going Fahrenheit 451 on Islam’s holy book. It’s a move that’s been widely attacked, even by such political quietists as Gen. David Petraeus in Kabul. (Jones’ book-burning campaign “is precisely the kind of action the Taliban uses and could cause significant problems—not just here, but everywhere in the world we are engaged with the Islamic community,” says Petraeus.)

Enter the Military Religious Freedom Foundation, which has been combating the spectre of old-school, end-times Christian proselytizing in the armed forces’ ranks since 2005. The group has vowed that for every Koran Jones’ minions char, they’ll donate a new one to the Afghan National Army…via Petraeus. Says MRFF in a press release:

After being contacted by scores of our active duty military clients asking us to do something in response to Terry Jones’s planned “Burn A Koran Day,” MRFF has decided that the most appropriate response would not be to try to stop Jones, but to donate to the Afghan National Army, as a gesture of good will and a statement of opposition to this entirely un-American act of religious bigotry, a new Qur’an for each one destroyed by Jones and his followers.

As if that wasn’t enough First Amendment-flexing for you, MRFF also plans to run a full-page ad in Friday’s Gainesville Sun, Jones’ local paper:

Kinda makes you proud to be an American, aywot?