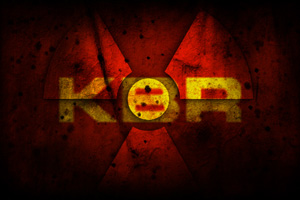 After a group of Oregon National Guard troops sued KBR in 2009, claiming they’d been exposed to toxic chemicals at Iraq’s Qarmat Ali Water Treatment Facility, an unusual deal between the military contractor and the Army came to light. Tucked inside its multibillion-dollar contract to rebuild the facility was a clause, the contents of which remain classified, that could shield the contractor from legal liability—in essence, what could amount to a get-out-of-court-free card.

The deal raises questions about why the Army agreed to insulate KBR—and how many other contractors might have similar agreements in place—and for months, Rep. Earl Blumenauer (D-Ore.) has pressed the Pentagon for answers. On Thursday, he plans to introduce legislation that would require the Pentagon to inform Congress whenever indemnity agreements are made, which he hopes will effectively put an end to the kind of secret deal that KBR appears to have secured. “Our war contracting process does too little to ensure that contractors act with the best interests of our troops and taxpayers in mind, and we’re going to change that,” he says.

The origins of the Oregon case stretch back to May 2003, when guardsmen were assigned to protect the Qarmat Ali facility. They arrived to a site heavily contaminated with sodium dichromate, which contains a hexavalent chromium, a chemical known to cause myriad health problems (and made famous by Erin Brockovich).

KBR’s work at Qarmat Ali was part a $7 billion no-bid contract granted to KBR’s parent company, Halliburton, to protect Iraqi oil reserves following the March 2003 invasion. The portion of the contract for the water-treatment facility was reportedly worth $2.5 billion.

According to court documents, KBR employees at Qarmat Ali reported that “large areas” of the site were visibly contaminated. An internal KBR memo from August 2003 described a “contaminant/evaporation pond” three to five acres in size,; a mixing room and equipment “stained dark orange” by “piles” of what was likely pure sodium dichromate; a tank holding “approximately one foot of yellow sludge”; and walls stained yellow by the diluted solution of the chemical. The compound was used at the site to prevent corrosion in pipelines, but the Occupational Safety and Health Administration has set exposure limits for the substance extremely low and warns that it can cause numerous health problems for exposed workers. KBR claims the compound was left behind by Iraqis who worked at the facility prior to the beginning of the war.

The memo, released in the court case, provided a detailed description of the safety concerns:

But, according to the plaintiffs in the case and court documents, KBR waited months to inform soldiers of the presence of the chemical and the associated risks. And it’s not just the Oregon guardsmen who were potentially affected—soldiers from three other states and the UK have claimed that KBR knowingly exposed them to the chemical at the site. Two soldiers who worked at the facility have reportedly died of cancer. In July, the Department of Veterans Affairs announced that it was creating a Qarmat Ali registry to track and treat veterans who may have been exposed to the chemicals at the site.

Since July, Blumenauer has been demanding details from the Pentagon about the KBR contract and others like it. In July, he wrote to Defense Secretary Robert Gates requesting information about the terms of the indemnification clause in KBR’s contract, a list of other contractors that have been granted similar immunity, and how much these clauses could end up costing the federal government.

“I am deeply concerned that the Department’s contracts appear to leave the U.S. service members doubly exposed: first to the unsafe environment created by these contractors, and second as taxpayers potentially paying for the legal defense of the very contractors causing harm,” Blumenauer wrote.

Army Secretary John McHugh replied to Blumenauer’s letter in late August, telling the congressman that the particulars of the clause are secret and can’t be released. He acknowledged, however, that KBR’s contract was unique. “Apart from the RIO [Restore Iraqi Oil] contract with KBR, no other Army contracts awarded since 2001 to other companies for services provided in a contingency operation contain indemnification provisions,” he wrote. McHugh said the Army is authorized to make these type of deals under Public Law 85-804—a provision typically employed for contracts involving nuclear facilities or highly volatile fuels, according to a description from the General Accounting Office. (Neither the Department of Defense nor the Army responded to requests for comment.)

McHugh also stated that the indemnity clause would not necessarily relieve KBR of liability in the case of Qarmat Ali—and KBR has yet to invoke it in the Oregon case, instead advancing other arguments for why it should be immune from suit.

But McHugh doesn’t address why KBR was granted indemnity in the first place, and why the details of that agreement required classified status when the rest of the contract did not. “It defies my imagination to be able to construct a reasonable rationale for keeping the details classified,” Blumenauer tells Mother Jones.

McHugh’s response also leaves open other questions: Have these types of agreements, which could put the federal government on the hook for liability in place of negligent contractors, been employed in contracts with other branches of the armed forces? Blumenauer sent a second letter to Gates on Thursday, this time seeking clarification on the use indemnification clauses in contracts across the branches of the military.

While KBR’s deal with Army remains secret, some details of how it was brokered have come out in court proceedings. In a sworn deposition in the Oregon case, KBR lawyer Chris Heinrich described a March 2003 meeting with Army counsel Levator Norsworthy, during which the two hashed out the indemnity deal. Heinrich said KBR offered its own proposed language for an agreement seeking “broad coverage” against potential liabilities, and would not agree to the contract without this type of immunity. “If we looked at the statement of work and believed that in the performance of it, it was going to expose us to liabilities, risk of liabilities, damages, et cetera, that we were not willing to undertake, we weren’t going to do it without an indemnification,” he said.

Heinrich said there was initially “disagreement with the Army in terms of what we proposed,” but over the course of the meeting with Norsworthy, they were able to agree on indemnification language.

Congressional investigators are also seeking information about a provision that has been buried in every defense appropriations bill since 2003, which they say could give the Pentagon leeway to grant its contractors indemnity. “Contracts entered into under the authority of this section may provide for such indemnification as the Secretary determines to be necessary,” the measure states.

“We have no idea what they’ve been using the open-ended indemnification provision for,” says one aide. In his follow-up letter to Gates, Blumenauer also questions how often this particular clause has been invoked.

Meanwhile, the Oregon soldiers are moving forward in their suit against KBR. A US District Court in Portland sided with the veterans last month, after KBR sought to dismiss the claim. The court threw out KBR’s argument that the case be dismissed because the US court has no jurisdiction over the company, as it was acting as a combatant at war and “merely executing the will of the United States.”

The court also reached the conclusion (PDF) that that KBR not only knew about the contamination before the soldiers arrived, but brought additional supplies of sodium dichromate to the facility in June 2003. And, though KBR has claimed it was the Army’s responsibility to find and report potential hazards at Qarmat Ali, the judge has determined that it was KBR’s responsibility to provide an environmental assessment.

David Sugerman, an attorney representing the Oregon guardsmen, says he’s hopeful that the case will go to trial. “My goal is to force a day of reckoning,” said Sugerman. “I just want to go try this case.”

Blumenauer wants justice for the Oregon soldiers, but he also wants to know why the military may have shielded KBR—and potentially other firms—from legal liability. “This is about the welfare of American troops, and having some degree of transparency about that welfare,” said Blumenauer. “At a very minimum, Congress needs to know.”