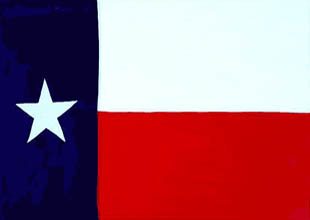 Marfa, Texas—Kaki Auftengarten’s story starts off like so many other lamentations of small-town claustrophobia. “When I was 17 years old, there were no hip thirty-somethings living here. When you graduated from school, unless you had babies, you left.”

So she did. Kaki left Marfa to go to college in Lubbock and then saw what else was out there—she hit Europe and Alaska and the Pacific Northwest, and then a funny thing happened: She came home. As she tells it, she was in Chinatown in San Francisco, with a good friend from college, when things started to feel weird.

So she came back to Marfa, where she could ride her bike to wherever she needed to be in just a few minutes, and which, at this point, had attracted a crowd of youngish hip people and a few retirees to boot. Not that everyone liked it. “There are a lot of people who don’t live here anymore,” she says, a list that included her parents, who sold their house in town to a couple of guys from Manhattan. “My dad is a cowboy-boots-and-spurs, old-time type; I think he still has kind of a hard time dealing with two gay men moving into his house.”

But Kaki really loves the place; her face lights up when she’s talking and she’s emphatic about her reclaimed hometown. “You don’t have to be an artist to live in Marfa,” she says. 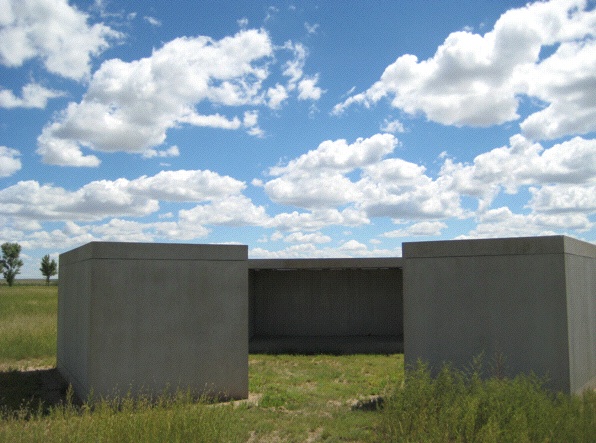 For sure. Kaki and the artists who have flooded into town from Austin and New York and points beyond over the last four decades do have something in common, though: They’ve inverted the narrative of the rural west as a place you leave, and descended upon the Big Bend of southwest Texas, amid the rattlers and yucca of the Chihuahuan Desert, to make something for themselves. In Marathon, a blink of a town on US-90, I met a man named Mike* who lamented that you can hardly go anywhere in Texas these days without running into barbed wire. The frontier, in the literal sense, has been closed since the 1890 census; the Big Bend is a place where young men (and women) can still go west. I like the way John Spong put it: “There’s a light in people’s eyes in far West Texas, a joy that comes with living exactly where and how a person wants.”

Partly, I think, this is a reflection of the desert. Your sense of mortality is heightened in the Big Bend: You can see the weather hours before it hits you; you can walk around a bit and contemplate the various ways you might expire—trespass on the wrong patch of Texas, get acquainted with a scorpion, run out of water, step on a rattler, slip off a cliff, treat a flash-flood with anything other than the utmost and hard-earned respect. Even the art installations are built to strategically decay over time.

The converse of that, though, is that the Big Bend seems stuck in a frenzied, and undeniably weird, state of Creation—and not just Marfa, either. Consider Lajitas, a speck on the Rio Grande, right on the border. For decades the isolation was the appeal. Lajitas residents thrice appointed as mayor a beer-guzzling goat named Clay Henry. Then a Dallas billionaire bought the town—the whole town—in 2000 and saw in it a world-class resort, with fancy golf courses and $40 breakfasts. This was a terrible idea, it turned out, but in its own debilitating way, the exercise captured the spirit of the place, the limitless opportunity of going west.**

Or take Marathon, where we stayed at a hostel called La Loma del Chivo (“Head of the Goat”), and where I met Eric. Eric lives in Mexico eight months a years and Marathon for the other four, which is a nice change of pace: He makes enough money in those four months to bring back to his wife and daughter in the desert across the border. He likes it here—he drinks Lone Stars with the sheriff and gets to make things with his hands, which is what he’s good at. In the guest room of the main building, you can still see the sign that got him a job at La Loma: It’s a big piece of cardboard, a hitchhiker’s resume, asking for a ride to Kansas City and some honest work—no handouts, please. Eric has tattoos on his forehead and around his eyes because, he says, “It cuts through the bullshit.” He got the idea from Moby Dick.

In Marathon, he’s set to work building the kinds of things he’d love to see more of. Sustainable, cost-efficient dwellings with a spiritual kick to boot. He’s built a sweat lodge and he’s working on a kiva; his materials are papercrete, tires, mud, straw, sand bags, and 2x4s when necessary. The compound at La Loma, which Eric has helped construct, looks like a rough draft of Dali. The buildings are all coated in brightly colored paint, with walkways made out of tiny pebbles of broken glass, and tin cans and glass bottles stuck inside the walls. A 20-foot-long, coiled papercrete snake winds along the side of the bathhouse. The main building looks as if someone has built a pueblo around a prairie schooner.

That’s also where I met Ingrid. Slovakian by birth, she found a husband in Norway, a jazz pianist, and eventually made her way to the states, where she switched from singing to hairdressing—”a different kind of art, with my fingers instead of my voice.” Ingrid got sick of living in Austin and, a few months back, moved out to La Loma. “I’m not rushing anywhere, I’m not in a hurry to get anywhere. I haven’t seen a TV in the last couple of months. I heard Robert Redford died!”

No, actually, he didn’t. But reality has a way of suspending itself just so in the Big Bend.

*Mike was, among other notable things, the former opening act for an educational puppet show about the Donner Party. In a way, I guess, it’s just kind of a horrible mutation of Cookie Monster, but you can see how that might have been controversial.

**Somewhere around this time, someone castrated poor old Clay Henry. This would have been a bigger deal if Clay Henry weren’t a goat. But it was nonetheless still a pretty big deal.