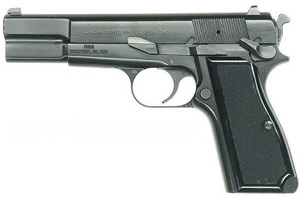 The UN and the “Obama regime” want to take away your guns! So says the Citizens Committee for the Right to Keep and Bear Arms (CCRKBA), the conservative group that bills itself the “Common Sense Gun Lobby.” The organization recently blasted out an email alert-cum-funding request (via an affiliated group, Vision to America), warning its members of a proposed UN treaty it claims is poised to trample the second amendment:

In it’s [sic] most ambitious effort yet, the UN and the Obama regime are working together to pass the Arms Trade Treaty to control and/or ban ALL PRIVATELY OWNED FIREARMS!

The anti-gun nuts are holding secret meetings to craft a slew of uber-restrictive gun laws known as the Arms Trade Treaty. . . . The globalist gun agenda wants to disarm the world one gun at a time! Take action NOW to protect YOUR GUNS!

Last October, the UN started floating the idea of international standards for the importing, exporting, and transfer of conventional firearms, which frequently find their way into illicit markets and cause countless deaths each year. CCRKBA claims that the treaty could prohibit weapons manufacturers from selling guns to the US public, and require Americans to turn over any banned firearms to the government. Leading the charge against the globalist gun agenda is CCRKBA Chairman Alan Gottlieb, second amendment champion and self-professed “premiere anti-communist, free-enterprise, laisezz-faire capitalist.” With sufficient email-sending, phone-calling, and fundraising, CCRKBA hopes to help strip the treaty’s “anti-Second Amendment language.” But the organization gripes that it can’t win the war alone. Gottlieb and co. “need the help of patriots…to pledge [their] support to STOP THE UN FROM ATTACKING [THEIR] SECOND AMENDMENT RIGHTS!”

I guess the gun haters need to brush up on their American history and learn about a little thing called the American Revolution. Our founding fathers fought for freedom from a tyrannical and abusive government. If there was an Arms Trade Treaty in 1776, our country would not exist.

The UN believes that if we take away guns from all “insurgents” our world would be a safer place. Wrong. Our founding fathers were considered insurgents. The UN erroneously thinks that anyone fighting for freedom is a threat. Guns protect citizens from governments who abuse their power. The only thing keeping the United States from turning into a Marxist Socialist regime is our right to keep and bear arms. With a guy like Obama in power it is terrifying to think what would happen to our country if we didn’t have our Second Amendment Rights! We must act NOW to preserve our right to protect ourselves and our families from an opressive [sic] government at the State and Federal level!

As it turns out, Gottlieb’s fear-mongering isn’t confined to the ideological fringe. His paranoid view is shared to an extent by John Bolton, the United States’ former Ambassador to the UN, and a guy who swims closer to the mainstream than Gottlieb. “Where Obama may try something new,” Bolton wrote this week in a column for the conservative American Enterprise Institute, “is to emphasize his support for an ‘Arms Trade Treaty’… that could dramatically restrict the private ownership of firearms worldwide, despite the clear constitutional protections of our Second Amendment.”

Opponents of the treaty like Gottlieb and Bolton fail to note that such a treaty doesn’t even exist yet. There isn’t even a working draft. And even if there were such a treaty, the second amendment holds precedence over any law drawn up by an international body (thanks to the combined powers of the Constitution and 1957’s Reid v. Covert).