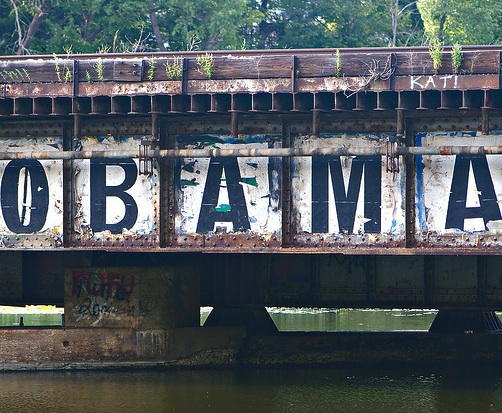 Obama’s new economic recovery brew—a mix of business tax breaks, tax credits for research and development, and infrastructure spending—is dominating the headlines this week. The plan is both a political and an economic gamble—a bet that spending on roads and airports combined with tax breaks will lift both the economy and the Democrats before the fall elections.

But will Obama’s economic medley work? A little bit, says Mark Zandi, a former John McCain adviser and chief economist at Moody’s Analytics. Zandi told the Washington Post that Obama’s proposals are “helpful on the margin to the recovery. But they’re not a game-changer.” Zandi estimates they might create “tens of thousands” of jobs—nothing to scoff at, but hardly a silver-bullet solution when faced with a jobs deficit upwards of 10 million. In the more pessimistic camp is Lakshman Achuthan, managing director of Economic Cycle Research Institute, who told CNNMoney the plan wouldn’t reverse the recovery’s deceleration. “We already are in a slowdown, so no matter what they do, there is a risk of another recession,” Achuthan said.

Marshall Auerback, a over the Daily Beast, is a little more optimistic about the economic package’s chances. He predicts the package will create “some jobs,” and praised Obama’s decision to embrace yet more government spending to get the recovery moving along again. “At least he’s now practicing stimulus!” Auerback writes. “Within 48 hours, he has re-focused the recovery around fiscal policy, rather than publicly fretting about deficits.”

And David Sinai with Decision Economics told CNNMoney the proposed tax breaks target all the wrong things. “We already have business spending running at its fastest rate in three decades without the need for more deficit-financed tax incentives,” he said. “In other words, how ridiculous is it for the government to be targeting tax relief to the one part of the economy that needs it the least?”

Of course, there’s the small matter of getting Congress, now fully absorbed in the fall midterm elections, to pass his proposals. The Wall Street Journal reports today that that’s unlikely to happen:

White House officials, business advocates and Republicans were skeptical the measures would pass in the three or four weeks Congress has left before members leave Washington for the fall campaigns. House Democratic leadership aides said they did not want to move forward without assurance that the Senate could pass the measures. And Senate aides gave no such promises.

“The only way we can get anything done is with cooperation of Republicans, and that’s been in short supply in recent months,” said Jim Manley, spokesman for Senate Majority Leader Harry Reid (D., Nev.).

This is hypocrisy at its finest. After all, the tax relief that Obama’s now proposing are some of the very ideas the GOP and the business community have called for and supported in the past. The Chamber of Commerce, a GOP-leaning foe of the president’s, has previously backed an infrastructure bank and extension of bonus depreciation, both of which are included in Obama’s latest plan. Moreover, a White House-backed small business has been blocked in the Senate by Republicans after passing the House—even though they claim to have the best interests of entrepreneurs and small business owners in mind. It’s one thing to oppose initiatives you don’t think are particularly effective or well designed; it’s quite another to oppose them after backing the same ideas in the not-so-distant past.

Today, Obama takes his economic plan on the road to Cleveland. You have to think the reception there will be warmer than what’s coming out of Washington.