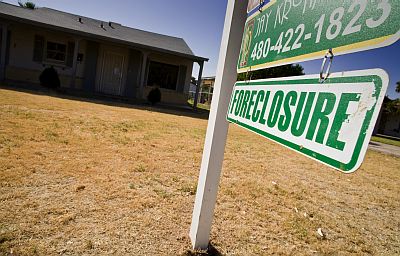 In November 2009, MoJo reporter Andy Kroll received a tip about a little-known yet powerful firm, the Law Offices of David J. Stern, which handled staggering numbers of foreclosures in southeastern Florida—the throbbing heart of nation’s housing crisis. Among the allegations, the tipster had it from insiders that Stern employees were routinely falsifying legal paperwork in an effort to push borrowers out of their homes as quickly—and profitably—as possible.

Intrigued, Kroll started tracking down and interviewing people who’d worked for Stern. He pulled every public record he could find related to Stern’s operation, and he called every foreclosure-defense attorney within the lawyer’s Sunshine State empire. Taken together, the stories they told seemed unbelievable. Falsified evidence? Contests to see which employee could push a foreclosure case through the courts fastest? Court documents rubber stamped by rookie attorneys who hadn’t even read them? Judges so swamped that they overlooked missing court filings? Foreclosures initiated on homeowners who had paid their mortgage bills on time? Lewd shenanigans by the boss? Each person Kroll contacted “gave me some new awful detail I hadn’t heard yet,” he says. “It just got worse and worse.”

Kroll spent eight months investigating Stern’s firm and its ilk—a breed of deep-pocketed and controversial operations dubbed “foreclosure mills.” After sifting through thousands of pages of court documents, interviewing scores of legal experts and former Stern employees, and attending dozens of foreclosure hearings in drab Florida courtrooms, he emerged with a portrait of a law firm—indeed, an entire industry—that was willing to cut corners, deceive judges, and even (allegedly) commit fraud—all at the expense of America’s homeowners.

When Kroll’s story broke online on August 4, it generated lots of buzz. Columbia Journalism Review called it the “must-read of the month” and “a great piece of muckraking journalism.” News sites from the Huffington Post on the left to the Daily Caller on the right featured it on their front pages. Politico cited the piece in its “Morning Money” newsletter, nonprofit investigative shop ProPublica cited it and recommended it to readers, and dozens of blogs from Forbes to the South Florida Sun-Sentinel newspaper wrote it up.

But the really crucial response came from the authorities. Six days after Kroll’s story went live, Florida Attorney General Bill McCollum announced an investigation into Stern’s firm and two others. In September, the New York Times followed with a lengthy piece on Florida’s foreclosure mess and Stern’s operation in particular. A few weeks after that, more revelations of fraudulent paperwork and law firms gaming the courts plunged the entire industry into chaos, with banks freezing foreclosure proceedings from Maine to California. (Some people, predictably, have dubbed all of this “foreclosuregate.”)

In letters and public statements, dozens of members of Congress have railed against the mills, the banks, and the mortgage companies; in a letter citing Kroll’s reporting directly, Rep. Alan Grayson (D-Fla.) demanded a halt to foreclosures by firms under state investigation. In October, attorneys general and financial regulators from all 50 states announced a joint investigation into allegations of endemic wrongdoing by mortgage servicing companies.

Foreclosuregate may ultimately force David J. Stern to unload a few of his four Ferraris. As Kroll noted in one of his many followup posts, Fannie Mae and Freddie Mac—as well as banks GMAC and Citigroup—have stopped sending foreclosure cases Stern’s way. As of October 19, his publicly traded paper-pushing wing, DJSP Enterprises, wallowed around $1.30 a share, down from $6 in June. The company has reportedly laid off nearly 100 employees, and recently announced a major reshuffling of top leadership—with Stern himself relinquishing the chairmanship of DJSP’s board of directors.

Read Kroll’s story as it appears in our November/December 2010 print edition.