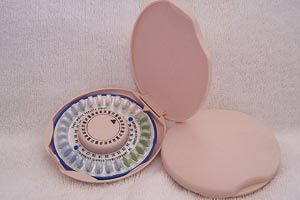 A few months back, I blogged about a pro-life group’s weird environmental campaign. The American Life League basically said women should feel guilty about taking birth control because it ends up in rivers and “is making male fish, frogs and river otters less masculine.”

Turns out that campaign is not only annoying, it’s also based on faulty information. A new study from UC-San Francisco found that only a very small fraction of estrogen in waterways comes from oral contraceptives. Other sources include landfills, non-contraceptive pharmaceuticals, soymilk and biodiesel factories, but quite a bit comes from big farms. From Chemical & Engineering News:

The UC San Francisco researchers also found that runoff from large animal farms could contribute to waterway contamination, in part because – unlike household waste – livestock effluents are untreated. A study conducted in the United Kingdom estimated that even if only 1% of the estrogens produced by farm animals reached waterways, they would make up 15% of the estrogens in the water. The data suggest that animal farm runoff should be treated before being released into the environment, Wise says.

And considering the heavy antibiotic use on most factory farms, I’m guessing estrogen isn’t the only thing going from farms into waterways.